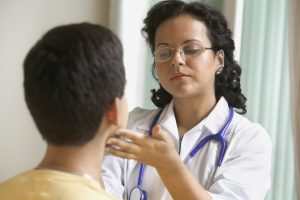 Once upon a time, health insurance as we know it didn’t even exist. A hundred years ago, for example, healthcare was basic, inexpensive, and not very effective—people could, and did, die from things like infected wounds or common childhood illnesses. And just forget it if you had, say, cancer or even appendicitis!

However, hospitals did exist. According to the book An American Sickness by Elisabeth Rosenthal, they were mostly run by religious orders and they weren’t places where much illness treatment could be done. In fact, if people were sick enough to find themselves in a hospital, they often ended up dying. If they did survive, it often took weeks to recover. Because of the length of time it took to get over an illness, the earliest “health insurance” policies were designed mostly to compensate for lost income while a worker was ill.

As time passed, medical knowledge and treatments evolved, and so did the concept of health insurance. 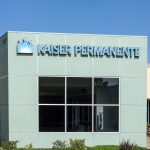 Nonprofit health insurance companies still exist. Kaiser Permanente is the largest of these, and it enjoys a high consumer satisfaction rating. However, it’s not available in all states. Nonprofit insurance providers tend to be focused more on preventive care than on hospitalization or acute/chronic care. Rather than being responsible to shareholders, as for-profit companies are, they are focused primarily on service to patients. About 63 percent of U.S. health plans with more than 100,000 enrollees are nonprofit.

It all began with unpaid medical bills at a Texas hospital. In the 1920s, Justin Ford Kimball, the vice president of Baylor University, found that a hospital operated by the college was carrying a massive debt due to unpaid bills. So, Kimball offered the local teachers’ union a deal: for $6 a year, teachers who subscribed could get a 21-day hospital stay, all costs included (which then cost about $5 per day). It was basically what we would call catastrophic care insurance.

It wasn’t long before employees at other organizations like local radio stations and newspapers began signing up, and within 10 years, the Baylor model spread across the country. The concept was given the name Blue Cross Plans. These plans were nonprofit—their purpose was to protect individuals’ finances and keep hospitals from closing due to lack of payment.

As medicine continued to advance, $5 a day was no longer sufficient to cover the cost of hospitalization, and health coverage as we know it began. During World War II, when the National War Labor Board froze salaries, companies found out that they could attract employees by offering health insurance even if they couldn’t offer higher salaries. The federal government ruled that money companies paid for employee health insurance would not be taxable.

With increasing enrollments in Blue Cross/Blue Shield plans, some saw a business opportunity, and for-profit health insurance companies opened up shop. Because they were for-profit businesses, they could choose who to accept and who not to accept, and they typically accepted only “profitable” patients—the younger and healthier ones.

By 1951, Aetna and Cigna were offering major medical coverage. These plans gained market share throughout the 1970s and 1980s. Because the Blues, as Rosenthal calls them, still abided by their nonprofit mission of providing high-quality, affordable healthcare for everyone, they began to lose money on a vast scale.

In 1994, the Blues became for-profit, at the insistence of state directors and board members. When this happened, some of the larger Blues acquired smaller ones. This was the case in California, where one Blue Cross/Blue Shield conglomerate did such a good job at it that they soon became the second largest insurer in the U.S. You may know this company as Wellpoint, Emblem, or Anthem BlueCross BlueShield.

Before the Blues became for-profit companies, they spent 95 cents of every dollar of premiums on actual medical care (known in the business as the “medical loss ratio”) and 5 cents on administration. These days, the medical loss ratio is closer to 80 percent—and in some states like Texas, the ratio was just 64.4 percent in 2010.

And that is how we got from hospital coverage to for-profit health insurance—a business that still has some of the highest executive salaries in the medical field.