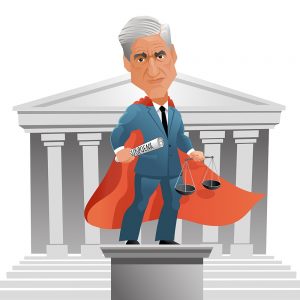 Heroes come in all shapes and sizes. But what exactly is a hero?

According to Dictionary.com, the word hero is defined as “a person who is admired or idealized for courage, outstanding achievements, or noble qualities.”

In modern-day politics, the term hero gets tossed around far too customarily, especially when it comes to Special Counsel Robert Mueller.

A recent opinion piece published by the Chicago Tribune presents Mr. Mueller as an American Hero, comparing him to the Emile Zola of our times.

“Perhaps one has re-emerged, the Emile Zola of our times, the world-acclaimed author who brought down the French Army in the 19th century, risking reputation, fame and fortune for the sake of honor, truth, and finally, justice. His heroics, successfully defying the government, made him a French citizen of the ages. Special counsel Robert Mueller may be that man, battle hardened, politically stiffened — and American — on the brink of repeating history, adamantly opposed by his own political party and millions of the supporting base of this administration.” 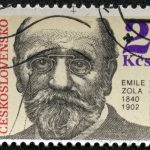 Emile Zola was a French writer and political activist. On January 13, 1898, Zola had published his editorial in the newspaper L’Aurore, beginning with the words “J’accuse” (“I accuse”). The letter exposed a military cover-up regarding Alfred Dreyfus, a French army captain, who had been accused of espionage in 1894 and sentenced in a secret military court-martial to imprisonment in a South American penal colony.

Two years later, evidence of Dreyfus’ innocence surfaced, but the army suppressed the information. Zola’s letter exposed the military’s mistaken conviction. The letter also provoked national outrage on both sides of the issue, among political parties, religious organizations, etc. Ultimately, supporters of the military sued Zola for libel. He was convicted and sentenced to one year’s imprisonment, but he fled France. In 1899, Dreyfus was pardoned, but for political reasons he was not exonerated until 1906. Shortly after Dreyfus’ pardon, Zola returned to France, where he died in 1902.

Indeed, Robert Mueller is a man who is in the twilight of his career. The special counsel and his team of sixteen lawyers are working under a fairly broad mandate from the Justice Department. Their mission: uncover any links and/or coordination between the Trump campaign and Russia—as well as examine any other matters that might arise because of the Russian probe investigation.

Almost a year into the job, however, it’s not clear what—if anything—investigators may uncover about the president, who has repeatedly denied any improper contacts with Russians and has called the special counsel probe “a witch hunt.”

Nonetheless, those who want justice to be served are counting on Mueller to uncover the truth, whatever that may be. But the question to unwrap here: Is Robert Mueller really America’s saving grace? One can only hope so, but several complicated factors may stand in the way of that.

Even if authorities uncover damaging information about Trump or anyone else in the White House, there are serious questions about whether that material will ever be made public, short of an indictment or impeachment.

The New York Times found that narrowing impeachable offenses to include only violations of law may lead to a constitutional dead end. In memorandum opinions issued in 1973 and 2000, the Department of Justice’s Office of Legal Counsel has taken the position that a sitting president cannot be indicted while in office. If Mr. Mueller concludes that the president engaged in criminal conduct but follows O.L.C. guidelines in declining to indict him, the president’s legal responsibility will not be adjudicated as long as he occupies the Oval Office. With that being said, Congress loses their base to proceed to oust the U.S. leader from office under the legalistic conception of impeachment.

Furthermore, the Special Counsel is using grand juries in Alexandria, Va., and Washington, D.C., and grand jury information is rarely made public—therefore, it is going to be extremely frustrating to convey proof of obstruction of justice to the American people.

Another factor to consider is the right wing supporters, who have made a very strong base in terms of influencing the public opinion. They stand by a theory that claims Mr. Mueller is more of a subtle con-artist than a public servant. For example, a right news media source suggests that  some of Mueller’s staff attorneys have committed the iniquitous crime of donating to Democratic candidates. It is noteworthy that no previous special prosecutor has ever employed people with political affiliations. That is just one of the many reasons why the right does not fully trust Mueller.

In truth, it is easy to compare Robert Mueller to one of history’s most profound figures, Emile Zola. Like the French activist, Mueller is dedicating himself to unearthing the truth, with dignity and forbearance. If anything, Mueller is a mensch who deeply cares for the future of our country despite the circumstances.