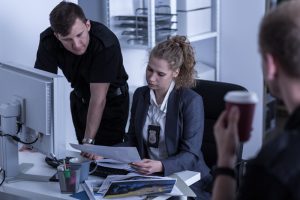 Some conservatives, like this author, support the Mueller investigation. Photo: Shutterstock

Although you might not know it from the media coverage, Republicans—even conservative, evangelical ones—don’t necessarily vote, or think, as a block. Consider this example: Recently, Alabama attorney Rick Hall wrote an op-ed in USA Today in support of Robert Mueller’s investigation into the 2016 presidential campaign.

Hall, a self-described white, middle-age attorney and pro-life evangelical Christian who “clings to guns and religion,” is also a believer in the rule of law. “President Trump has lived his entire life as a man to whom the rules do not apply,” he writes. “The president now threatens to be the judge of his own campaign’s conduct, acting as a medieval king who is above the law and takes what he wants, answering to no one.”

It’s this reason, primarily, that has led Hall to be a supporter of Mueller’s investigation into potential legal issues around the 2016 presidential campaign. The president and those involved in his 2016 campaign should be held to task, just like any other American, he writes, adding that it would be a disgrace to not thoroughly evaluate possible wrongdoing. 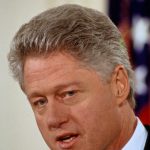 In 1998, the House of Representatives launched impeachment proceedings against then-president Bill Clinton on two charges: perjury and obstruction of justice in a sexual harassment lawsuit filed against Clinton by former Arkansas state employee Paula Jones. Two other impeachment articles, a second perjury charge and a charge of abuse of power, failed in the House. The impeachment was the result of an investigation by Independent Counsel Ken Starr. As with any impeachment proceeding, Clinton was tried in the Senate. A two-thirds vote was required to remove Clinton from office, but the Republican party could not secure enough votes and Clinton was acquitted on all charges.

Furthermore, Hall calls the attempts to delegitimize Mueller’s investigation an insult to an American hero who fought bravely during the Vietnam War, and they “represent a precursor to ending the investigation by presidential fiat.”

That, Hall says, is “a page from Bill and Hillary Clinton’s playbook.” After all, during his impeachment, the Clintons also attacked people who were investigating wrongdoing, including special investigator Ken Starr and the witnesses who spoke out against their misconduct. Republican leaders now are acting just like Democratic leaders did back then, he says.

“God has a sense of humor,” Hall writes. “Trump’s base, in its hatred of the Clintons, nominated and elected the only Republican who can approach the Clintons in mendacity and dishonor.”

Hall points out the dishonesty in stating that Mueller has a conflict of interest and that the investigation is “headed up by the all Democrat loyalists or people that worked for Obama.” Mueller is a lifelong Republican and the people involved in the investigation are veteran civil servants who have worked under multiple administrations.

“The Mueller investigation goes to the very core of why America has been a beacon of freedom for over two centuries,” Hall writes, and this is why the investigation must run its course, no matter what the outcome.