Unions Allowed the US Economy to Grow from the ‘Middle Out’ 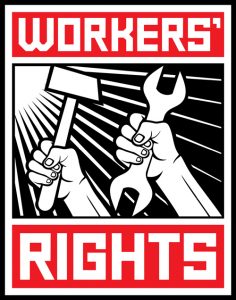 What’s killing middle class America? It’s a combination of student loans, an exploding housing market, and outsourced labor. The good news is that the solution can be found in our very own history.

During the ‘50s and ‘60s, middle class America thrived. Much of that was due to governmental policies that incentivized education and home ownership. There was also a high demand for American-made goods since much of Europe’s manufacturing industry was destroyed during WWII.

As the Economic Opportunity Institute points out, single-income families were the norm, crippling student debts were virtually unheard of, and employee benefits like pensions and health care were standard.

What’s changed since then?

According to Derek Thompson of The Atlantic, much of it has to do with the decline of unions. 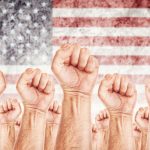 The very first union in the U.S. was founded in 1881. It was called the Federation of Organized Trades and Labor Unions. The American Federation of Labor (AFL) was established five years later. Over time, Congress became more sympathetic to workers’ rights, which is what led to the formation of the Department of Labor in 1913.

“As manufacturing eroded, so did unions, whose coverage fell from 27% in the early 1970s to just 13% in the late 2000s,” writes Thompson. “Without unions, middle class workers without skills to move into higher-paying jobs lacked the collective power to bargain for higher wages.”

Where did all that extra money go? To the top one percent.

Upon first learning of this, most people jump to the solution of imposing higher taxes on the rich. But according to Lawrence Mishel, president of the Economic Policy Institute, that simply won’t work.

The 99 percent seem to have forgotten that their strength is in their numbers. That’s why an organized effort on behalf of the working majority is the best way to initiate change.