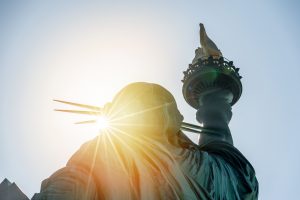 As the level of legal immigrants in the U.S. nears an all-time high, we must fairly assess the positive and negative impacts. photo credit: Shutterstock

The percentage of foreign-born people living in the U.S. is reaching new heights and may break a 125-year-old record in the next ten years, according to a Pew Research Center report from 2015.

In 2015, the percentage of people living in the U.S. who were born outside its borders was 13.7%. That number is predicted to increase, reaching 14.9% by 2025. The previous high, from 1890, recorded 14.8% of the population as foreign-born due to large numbers of Irish, Italian, Polish, and other immigrants coming to the U.S.

Ali Noorani’s take, as reported by USA Today, sees this as an important reminder. Noorani, executive director of the National Immigration Forum, still sees the U.S. as a “beacon of hope across the world,” and believes Americans should work hard to further cultivate this sentiment. 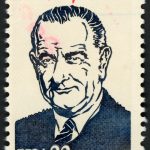 Signed into law by President Johnson, the Immigration and Nationality Act eliminated many limits and quotas on how many immigrants could be accepted into the US. This law laid the foundations of our current system, where immigrants are accepted based on family ties and certain work skills.

Noorani’s statements, made leading up to the presidential primary race, carried particular weight as candidates offered different visions about how the U.S. should approach issues surrounding immigration. Then-candidate Donald Trump would ultimately win the election on a platform promoting hostility and skepticism toward undocumented immigrants.

Despite President Trump’s successes, Noorani’s warning for future candidates still rings true.  “The pure politics of this is that candidates from whichever party should view these numbers as the next generation of voters… they should remember that what they say now will be taken into account by future generations.”

Mark Hugo Lopez, the co-author of the Pew report, said certain migration flows have actually slowed in recent years, including the flow of illegal immigration. It can’t be ignored that the current administration’s skepticism of illegal immigrants has often implied hostility toward foreign nationals independent of documentation status—meaning that there is hostility being directed at immigrants even when they are legal residents. If immigrant communities perceive his messaging this way, it could mean big consequences for this brand of politics in future elections.

Other findings from the report included a statistic indicating that more Americans (45%) believe that “immigrants make American society better in the long run” than those who don’t (37%). Americans’ perceptions are backed by research and data. As the Huffington Post noted, immigrants have always been vital to American economic growth:

“25% of all new businesses in the US are started by immigrants; and these businesses have experienced 60% increase in wages over the last decade. Add to these indicators the fact that over 50% of all Ph.D’s are earned by immigrants or foreign students; that 76% of new patents on inventions involve immigrants from top patent-producing universities; and that 100% of US Nobel Prize winners last year were born outside of the US.”

As the legal immigration level in the U.S. nears historical highs, the importance of comprehensive immigration reform grows. Our laws and quotas need to be backed by solid research and measurement to determine the appropriate levels of immigration including the optimal mix of family and merit-based immigration, to both help grow the economy and create enough good jobs for everyone.