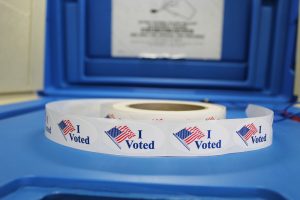 Free and fair elections are a requirement for a functioning democracy. Photo: Shutterstock

Here in the U.S., many people take for granted their right to vote in free and fair elections. This may be changing in the wake of gerrymandering and increasing difficulty, and even intimidation, at or near polling places—particularly in areas where most residents are people of color. Increasing allegations of foreign actors influencing the 2016 election have also caused some to question just how free and fair elections in the U.S. really are.

The Universal Declaration of Human Rights states in Article 21 that “the will of the people…shall be expressed in periodic and genuine elections which shall be by universal and equal suffrage and shall be held by secret vote or by equivalent free voting procedures.”

A key to protecting human rights is the ability for all citizens of a nation to vote in free, fair, and regular elections. But what exactly does this mean? 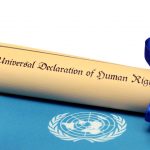 The Universal Declaration of Human Rights was written shortly after the end of World War II, when, as the preamble states, “disregard and contempt for human rights have resulted in barbarous acts which have outraged the conscience of mankind” and states that human rights should be protected by the rule of law. It was drafted by representatives with different legal and cultural backgrounds from all around the world and was proclaimed by the United Nations General Assembly on December 10, 1948, as a common standard for all peoples and nations. To this day, December 10 is observed as International Human Rights Day.

There is no precise definition for free, fair, and regular elections. However, we can break it down into its components to get a better idea of what the writers of the Universal Declaration of Human Rights had in mind.

First of all, the term “periodic,” as stated in the Declaration, means that elections are held on a set schedule known to all citizens, either on a specific day or range of dates within a particular time frame. In the U.S., federal law requires that elections are held on the first Tuesday in November of every even year (unless the first Tuesday falls on November 1) for electing representatives and senators, and every four years for electing a president. This measure is designed to ensure that no government stays in power indefinitely.

“Genuine” means that elections are free and fair. That is, electoral laws must offer equal conditions and opportunities for citizens to have access to polling places and to vote. This is one of the challenges faced in recent U.S. elections, in which poorer neighborhoods and those consisting predominantly of people of color have faced unprecedented difficulty in exercising their right to vote. Tactics have included demanding photo IDs to vote but closing or severely restricting the hours of local Department of Motor Vehicles offices so that people have a difficult time securing that photo ID.

Genuine elections also require that all political parties and candidates should be able to register for elections without unreasonable requirements such as having a minimum income or paying a fee. Candidates must also have balanced access to the media, laws around campaign financing must be the same for all candidates, and that the electoral process has to be fair and not skewed toward one candidate. Freedom of expression, conscience, association, and assembly must also be protected. (In the U.S., the First Amendment guarantees this right.)

“Universal suffrage” means that every citizen has the right to vote regardless of race, gender, ethnicity, religion, physical disability, sexual orientation, property considerations, or level of education. It also means that there cannot be impediments that prevent citizens from registering to vote or from casting ballots, such as poll taxes or fees. Requirements such as age, residence, and citizenship don’t count against the principle of universal suffrage.

But there is one other essential requirement that doesn’t appear in the Universal Declaration of Human Rights: for democracy to work, everyone has to agree to accept the results of legitimate and freely held elections. The peaceful transfer of power from one party to another, therefore, is a key test for a democracy.

Does the U.S. really have free and fair elections? Tell us what you think in the comments.