How Does the Federal Government Spend Its Money? 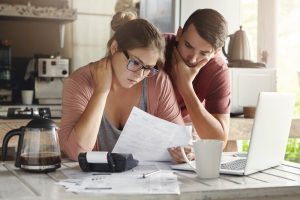 Paying taxes can be stressful. Do you know where the money goes? photo credit: Shutterstock

For the majority of Americans, $10,000-$20,000 is a huge chunk of change. Typically, an amount that sizable is spent on a brand-new car, a down payment on a house, or even a start-up business.

Let’s face it—not many of us can just fork over that kind of cash. Sure, with smart planning, budgeting and a few sacrifices, it is possible for some, but most Americans still struggle to save much, if any, money due to life circumstances. But you probably already knew that. What you may not be familiar with is the fact that the average U.S. family pays the federal government at least that amount in taxes each year, and many of us only have a vague sense of where the money goes.

Of course, we know taxes pay for everything from roads to defense and social programs to public education.  But the specific breakdown of tax spending is something most Americans give little to no thought to—even though taxes are the biggest single line item for the common American each year. 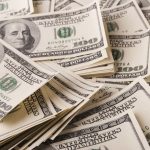 In October 28, 2015, the House amended and passed the Senate amendment to H.R. 1314, the Bipartisan Budget Act of 2015, by a vote of 266-167. This act funds from the Old-Age and Survivors Insurance trust fund to the Disability Insurance (DI) trust fund to ensure payment of full disability benefits into 2022; without such a reallocation the DI trust fund would have been depleted in December 2016. In addition, the bill suspends the debt limit until March 15, 2017; partially rolls back the sequester of discretionary spending scheduled for FY 2016 and FY 2017; and reduces the amount of increase in Medicare Part B premiums for certain beneficiaries in 2016.

So, let’s ponder this: Where does our tax money go?

Historically, according to National Priorities, federal spending has hovered around 20% of gross domestic product (GDP). In 2016, total spending was 21.5% of GDP, and over the long term, the biggest growth in spending has been on the various human services programs (including Medicare and Social Security). The share of GDP spent on defense actually fell to 3.3% in 2016 after hitting a high of 6% in 1986.

Social Security cost $882 billion, lower than the estimate of $896 billion. It’s 100 percent paid for by payroll taxes (so it doesn’t add to the deficit). Medicare was next, at $540 billion. This was higher than the $526 billion first estimated. It’s only 57 percent funded by payroll taxes and premiums. Medicaid totaled $350 billion.

The rest of the mandatory programs, including food stamps, unemployment compensation, and supplemental security for the disabled, totaled $529 billion.

This type of spending must comply with the Bipartisan Budget Act. Congress approved $1.11 trillion for the 2015 discretionary budget. Here is the breakdown for the major departments the budget goes to:

While individual Americans have no direct control over how their tax dollars are spent, it’s important to know where the money actually goes. It’s especially important to understand that any major increases—for example, in defense spending, as President Donald Trump has proposed—require cuts elsewhere. With more than two-thirds of the budget going to social insurance programs, it’s hard, if not impossible, to make major changes without impacting those programs.

Ultimately, most of our tax dollars go to taking care of other Americans, followed by paying for defense. The amounts devoted to everything else, including the most controversial and hotly debated government programs, receive a relative pittance compared to the overall amount of money spent by the federal government.