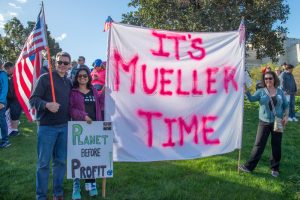 Special counsel Robert Mueller’s credibility is in question after several right-wing sources reported that he was involved in a scandal that led to the wrongful imprisonment of four innocent men. But is there any truth to this claim? Not according to retired federal judge Nancy Gertner.

In a recent New York Times article, Gertner wrote that there is “no evidence” that the above assertion is true. She would know, after all, given that she presided over the case.

In 2007, Gertner ordered the government to pay more than $101 million to four men who were convicted of a 1965 murder that they didn’t commit. The court found that the F.B.I. helped frame the men and withheld information that could have cleared their namesake. 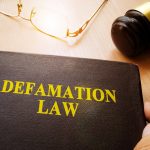 Defamation is the act of damaging someone’s reputation. “Slander” is the term used to describe spoken defamation, while “libel” is used to describe written defamation. Both are considered a “tort,” which is a civil wrong instead of a criminal wrong. However, it is still punishable by law, as victims of defamation can sue their perpetrators for damages.

Several conservative commentators have accused Robert Mueller of being directly involved in the cover-up. Fox News host Sean Hannity, for example, claimed that, “Robert Mueller was the U.S. attorney in charge while these men were rotting in prison while certain agents in the F.B.I. under Mueller covered up the truth.”

This rumor has also been perpetuated by Rush Limbaugh, who alleged that, “The men would have been cleared but Mueller and the prosecutors withheld evidence from the court.”

But according to Gertner, the record simply doesn’t support these allegations. In fact, Mueller’s name is not mentioned anywhere in the submissions from the plaintiffs’ lead trial counsel. Gertner maintains that Mueller had no involvement in the case whatsoever.

As Ms. Gertner put it in her op-ed piece:

“When Mr. Hannity and others say Mr. Mueller was responsible for the continued imprisonment of those four men, they are simply wrong — unless they have information that I, Ms. Balliro, the House investigators and the “Black Mass” authors did not and do not have. If they do, they should produce it. If they don’t, they should stop this campaign to discredit Mr. Mueller.”

We agree. If you have evidence to support Sean Hannity’s claims, please submit it in the Comments section below. Otherwise, the campaign to slander and defame Mr. Mueller should stop. If his credibility is undermined by lies and propaganda, the public may not accept the final evidence he submits, and that would truly represent a crisis for our democracy.