There is an Information War to Control the American Voter 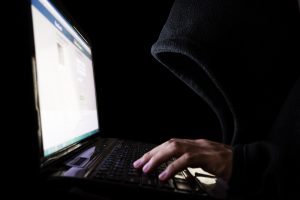 We know that social media was used to influence the 2016 election. But the extent to which the spread of fake news is being used to manipulate the masses goes far beyond that. We’re now living in an age of information warfare, and our nation’s most devastating tragedies are front and center.

This phenomenon is the primary focus of a recent paper published by University of Washington professor Kate Starbird. Her research examines the way in which alternative narratives spread on Twitter in the aftermath of mass shootings.

Starbird works in a field called “crisis informatics,” which is the study of how information is transmitted following a disaster. In an interview with the Seattle Times, Starbird recounted the first time that she and her fellow colleagues noticed the correlation between mass shootings and the spread of conspiracy theories on social media. 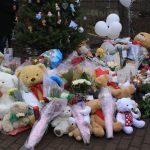 “After every mass shooting, dozens of them, there would be these strange clusters of activity,” Starbird said. “It was so fringe we kind of laughed at it.

“That was a terrible mistake. We should have been studying it.”

Soon after, she did begin studying it. That’s when she began to identify dozens of conspiracy-propagating websites, including beforeitsnews.com, nodisinfo.com, and veteranstoday.com. In total, Starbird cataloged 81 websites.

Web-traffic analysis firm Alexa.com found that that one of the more popular conspiracy websites, infowars.com, turned out to have almost as many page views as the Chicago Tribune.

“More people are dipping into this stuff than I ever imagined,” Starbird said.

And it’s not just one side of the aisle that is participating. While many of these sites are right-wing sites, there are also left-wing sites cashing in on sensationalist headlines and news. Some push specific political agendas, while others seem to exist solely to make a profit or send traffic to other similarly polarized sites.

The other deeply troubling piece of this is that these sites are set up in such a way that they trick our brains into thinking that we’re reading legitimate, sourced, and accurate information—when that often isn’t the case.

“Your brain tells you, ‘Hey, I got this from three different sources,’” Starbird says. “But you don’t realize it all traces back to the same place and might have even reached you via bots posing as real people. If we think of this as a virus, I wouldn’t know how to vaccinate for it.”