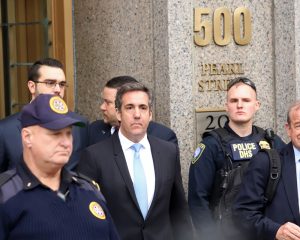 AT&T acknowledged and confirmed recent reports that it paid $200,000 to Essential Consultants, a shell company set up by Donald Trump’s attorney, Michael Cohen.

The story originally came to light by way of Stormy Daniels’ attorney Michael Avenatti, reports Think Progress. Avenatti and Daniels said that in the weeks before the 2016 election, Essential Consultants paid Daniels $130,000 in hush money regarding an affair between her and Mr. Trump that allegedly occurred in 2006.

AT&T confirmed the claim not long after Avenatti released the documents, saying that the payment was in fact made. In addition, Avenatti’s document revealed that a company connected to a Russian oligarch and a large Swiss pharmaceutical company made payments to Essential consultants. 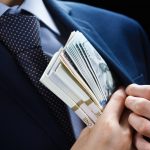 AT&T’s bid to merge with Time-Warner could bump up against anti-trust laws. Anti-trust laws in America are regulatory measures passed to ensure that the free market would be protected from undue influence that might hinder competition, a key tenant of capitalist philosophy. They are represented in three major pieces of legislation: the Sherman Act of 1890, the Clayton Act of 1914, and the Federal Trade Commission Act of 1914. These laws protect against restraint of trade through formation of cartels, prevent mergers and acquisitions that threaten competition, and prohibit monopoly abuse.

Think Progress says this is a big deal for three reasons.

First, it proves that Essential Consultants was used for the benefit of Donald Trump, and that the reason for creating the company was for the sole purpose of paying off Stormy Daniels. Using a proxy organization like this to hide financial dealings could prove very problematic for the president.

Second, it may imply that AT&T was seeking favor from the president in making the payment. AT&T had an interest in seeking the administration’s approval for a merger with Time-Warner and may have also been interested in repealing net neutrality.

Finally, it raises questions as to how the president reimbursed Cohen, and whether those methods were legal. Rudy Giuliani, who has been working as a spokesperson of sorts for the president, has alluded to such payments, but contradicted himself, citing the methods by which Cohen received payment only to retract his statements later.

It’s fair to say that this is only the beginning of a very big scandal that could be unfolding in Washington. It’s up to the courts and investigators to decide whether any laws were broken, but one way or the other, this represents a big tarnish on the president’s record—and if influence pedaling was involved, it also represents a significant undermining of American Democracy.