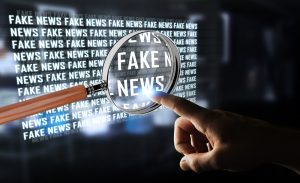 People in Congress and throughout the nation have understandably been enraged by the proof of meddling in the 2016 election in the form of “microtargeting” on social media platforms. Whether these microtargeted ads originated in Russia or here in the U.S. is beside the point. What matters is that it happened.

While Senators insisted that Facebook should crack down on disinformation through advertising, what they’re not commenting on is that traditional media outlets are being used to spread disinformation as well.

Once upon a time, there was a thing called the Fairness Doctrine, which required broadcasters—both TV and radio stations—to provide fact-based programming on controversial topics and afforded a reasonable opportunity for opposing viewpoints. But when the Fairness Doctrine was repealed under President Ronald Reagan, suddenly a whole slew of highly partisan radio and TV shows, most of which were conservative in their bias, began to appear. 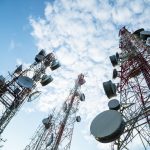 The Fairness Doctrine was introduced in 1949. It required that the holders of broadcast licenses present controversial issues of public importance, and do so in a manner that was honest, equitable, and balanced. However, stations were given a lot of latitude in how they wanted to present these contrasting views: it could be done through news segments, public affairs shows, or editorials. In 1969, the Supreme Court upheld the FCC’s general right to enforce the Fairness Doctrine, but the court did not rule that the FCC was obliged to do so.

In 1985, FCC Chairman Mark Fowler (a communications attorney who had served on Ronald Reagan’s campaign staff) argued that the Fairness Doctrine hurt the public interest and violated the First Amendment right to free speech. As a result of those arguments, the Fairness Doctrine was abolished in 1987.

In a recent op-ed in the Boston Globe, author Steve Almond said that if we’re going to crack down on social media outlets for spreading fake news, we should do the same for radio and TV broadcasters. The only way to do so, he argued, is to reinstate the Fairness Doctrine.

“If lawmakers want Zuckerberg to curb the spread of lurid conspiracy theories and partisan hype, they should apply the same standard to talk radio hosts and TV anchors and websites that traffic in such garbage,” Almond wrote.

The reason the Fairness Doctrine came into existence was that there was a “unique democratic crisis,” as Almond said, and that crisis was the sudden appearance of mass media in the form of radio.

Why was this such a problem, even back in the 1920s? Because, as Congressman Luther Johnson of Texas, argued in 1926, “When such a weapon is placed in the hands of one person, or a single selfish group is permitted to either tacitly or otherwise acquire ownership or dominate broadcasting stations throughout the country, then woe be to those who dare to differ with them. It will be impossible to compete with them in reaching the ears of the American people.”

The Fairness Doctrine’s opponents decried the Fairness Doctrine as “an assault on the First Amendment,” alleging that it would give the government to exert editorial control over content broadcast over the nation’s radio and TV stations. But “the Doctrine never required that programs be ideologically balanced, or offer equal time for opposing views,” Almond wrote. “It simply forbid stations from airing a single perspective exclusively.”

In essence, broadcasters had a duty to present viewpoints their listeners might oppose—whether those viewpoints were for national elections or local referenda. This requirement has been supported by groups ranging from the ACLU to the National Rifle Association.

If we were to reinstate the Fairness Doctrine today—perhaps with a requirement for social media platforms to also adhere to it—it would “create a media environment where broadcasters—of any ideological bent—are punished for spreading disinformation and baseless conspiracy theories.”

The Fairness Doctrine seems to be an ideal solution in an era when many see mainstream media as “fake news” and are even demanding that journalists have their press credentials revoked. Reinstating the Doctrine would ensure that all viewpoints get a fair shake in the media and would discourage the spread of false, intentionally misleading information.

What do you think? Should the Fairness Doctrine be reinstated? Let us know in the comments.