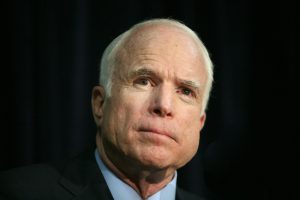 In the excerpt, Senator McCain went as far as to call Vladimir Putin an “evil man,” condemning President Trump’s admiration of him.

“Vladimir Putin is an evil man, and he is intent on evil deeds, which include the destruction of the liberal world order that the United States has led and that has brought more stability, prosperity and freedom to humankind than has ever existed in history,” McCain wrote. “He is exploiting the openness of our society and the increasingly acrimonious political divisions consuming us.” 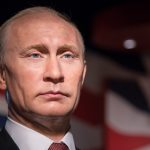 Critics of Putin, including John McCain, claim that the Russian ruler forcibly censors his opponents. The most infamous instance of this happened in 2005, when Mikhail Khodorkovsky—who was one of the richest men in Russia at the time—was jailed for tax evasion and fraud after funding opposition parties. Experts suggest that Khodorkovsky was singled out by Putin because of his political views.

But perhaps even more telling is McCain’s personal account of the moment when retired British diplomat Sir Andrew Wood first told him about the dossier. McCain admits that while the allegations contained within it were “disturbing,” and that he had “no idea which if any were true,” he still felt obligated to report the dossier to then-FBI Director James Comey.

A devout member of the Republican Party, McCain faced a lot of criticism for this decision. However, he ultimately feels like he made the right call.

“I have the same answer to inquiries from the paranoid and from the skeptical: I had an obligation to bring to the attention of appropriate officials unproven accusations I could not assess myself and which, were any of them true, would create a vulnerability to the designs of a hostile foreign power. I discharged that obligation, and I would do it again. Anyone who doesn’t like it can go to hell.”