The Mueller Probe and a Money Trail Through Russia 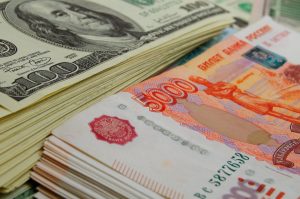 Does the Trump family have ties to Russia. For the answer, follow the money. Photo: Shutterstock

There’s an old saying, “Follow the money.” That phrase was popularized by the 1976 film All the President’s Men, and it suggests a money trail or corruption scheme with high, often political, office.

In the ultimate irony, considering the current state of Robert Mueller’s investigation into possible Russian interference with the 2016 presidential campaign, the Trump campaign used the phrase to vilify Hillary Clinton and the Clinton Foundation.

But now, it looks like the tables are turning. A recent editorial in the New York Times lays out exactly where the money trail from the 2016 presidential election is leading—and it’s pointing straight to Russia. 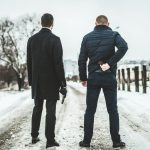 Organized crime has been around in Russia since the time of the Tsars, but it began to thrive during the Brezhnev administration, when the Soviet economy was stagnating. The mob sold products such as jeans, cigarettes, vodka, and stereo equipment—unavailable on the shelves of Russian markets—to anyone who could afford them. However, after the fall of the Soviet Union in 1991, the Russian mob really took off. Gangs emerged and formed a black market that exploited the unstable governments of the former Soviet republics. At one point, the Russian Mob controlled almost two-thirds of the Russian economy.

Unlike the Mafia we’re familiar with here in the U.S., “they’re not carefully structured Cosa Nostra-type families…they’re loose structures of networks, but they draw on people from a number of different areas,” according to James Finckenauer, author of Russian Mafia in America.

It’s long been speculated that the president’s finances have been obfuscated in several ways, including his refusal to release his tax returns like other presidential candidates had, and even some words spoken by him and his family in days of yore.

Let’s start with a recent report by the Washington Post showing that in the 10 years before the election, Trump had “all but stopped borrowing money”—something unusual, at best, for a real estate developer. But because of his multiple bankruptcies, no American bank wanted to lend money to him. The result: he apparently turned to Russia.

How do we know this? In 2008, Donald Trump, Jr., said, “Russians make up a disproportionate cross section of a lot of our assets. We see a lot of money pouring in from Russia.”

In 2013, Eric Trump told golf writer James Dodson, “Well, we don’t rely on American banks. We have all the funding we need from Russia.”

So, it’s part of the public record that the Trumps have relied on Russia for vast amounts of funding for their enterprises.

Around the time the Trump Organization began borrowing from Russian banks, Trump hired Michael Cohen—an attorney with a long history of dealing with the Russian mob and finding business deals in Russia—as what the Times refers to as a fixer and deal maker.

During the 2016 election, Cohen was coordinating plans for a Trump Tower in Moscow. That in itself is no big deal; it’s just business. However, it is problematic that he was working with Felix Sater, a felon with ties to the Russian mob. Sater had worked on other deals with Trump, too.

Cohen also gave National Security Advisor Michael Flynn a plan to lift sanctions against Russia because those sanctions were negatively impacting the people Cohen was dealing with. The plan was actually proposed by Sater and a Ukrainian politician who had ties to former Trump Campaign Chairman Paul Manafort. Manafort is currently under indictment on charges of financial crimes that involved Russians.

So, what do we learn when we follow the money? Trump and his organization have long had ties to Russia. Did those ties with Russian businessmen and political figures lead to “dark money” influencing the 2016 election? It will be up to Robert Mueller to find out.