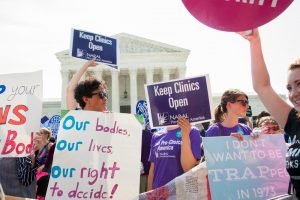 Anti-abortion laws do the most harm to poor women. Photo by Rena Schild / Shutterstock

Vice reports that anti-abortion laws disproportionately harm poor women and marginalized populations, and that these laws do so by design.

The article puts the reader in the shoes of a low-income pregnant woman living in Lubbock County, Texas—a woman making a wage of $13.20 per hour (82 percent of her male counterparts) without credit, savings, or health insurance. Because of severe restrictions on the accessibility of abortion providers, she must travel hundreds of miles on top of paying $600 for the procedure, and that’s before considering the cost of gas, lost wages, hotel accommodations, medication, and maxi-pads.

Sixty-one percent of women seeking abortions are single mothers already, so let’s also assume that this woman will also have to pay for childcare. Without a strong support system, affording an abortion may be an unrealistic expense if a woman is facing additional hardships in the short term… but following through on an unwanted pregnancy creates long term costs that can further entrench single women into cycles of poverty and low income. 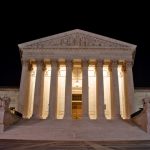 Considered by many to be a blow to human and women’s rights, the Hyde amendment prohibits Medicaid from funding abortion services. That means women who receive healthcare through Medicaid can’t get access to safe and legal abortions.

In addition, the research shows that abortion restrictions don’t even achieve their stated objective: reducing the number of abortions. So what do these laws accomplish? In practice, it means they create unequal access, cause extra hardships, and put women at risk by delaying their medical treatment.

Abortion is one of the safest surgical procedures in contemporary medicine, but only when performed early and in a safe environment. By delaying rather than deterring abortion, our system sets low-income women up to take on extra health risks and worsen their economic situations.

But this is more than a public health problem; it’s also an economic one. Countless studies show that workforce participation from women creates economic growth, while the exclusion of women hurts national economies. Measures that restrict abortion access systematically hold women back. If we want to cut down on unneeded, bloated healthcare costs and grow the economy at the same time, providing more access to abortion care would be a great place to start.