Dearborn, Michigan is a Model for World Peace 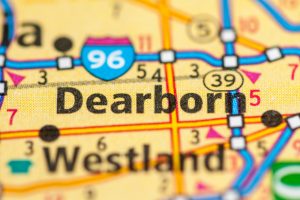 Dearborn, Michigan, is a favorite talking point for the right-wing media. But they’ve got it all wrong.
Image: Shutterstock

“Little Baghdad.” “Dearbornistan.” “Sharia law!” These are probably just a few of the things you’ve heard the right-wing media say about the city of Dearborn, Michigan. The reason for all this bloviating? Dearborn’s population is about 44 percent Arab American.

So, if it’s not a city in ruins, ruled by a junta of Islamist extremists, what really is going on in Dearborn? Quite a few really good things, actually.

First, Dearborn invests heavily in public education. Dearborn public schools are among the most socioeconomically diverse in Michigan, and the city’s investment in education has paid off. Its schools consistently outperform national averages, despite the fact that a good percentage of their students are from low-income and/or minority backgrounds. In the last three elections, Dearborn’s population has voted in favor of education, even when it meant increasing taxes to do so. 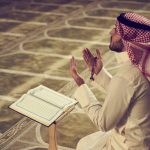 Like Christianity and Judaism, there are a number of different “flavors” of Islam. But all Islamic practices share the Five Pillars of Islam, which constitute the framework of the Muslim life. First of these is the testimony of faith, which means that Muslims profess that there is no true deity but God. The second pillar is prayer—Muslims perform five prayers a day.

Third is giving zakat, support of the needy; each Muslim is expected to give about 2.5 percent of their income to support those in need, and they can give more if they wish. The fourth pillar of Islam is fasting during the month of Ramadan. The final pillar of Islam is the pilgrimage to Mecca: every Muslim who is physically and financially able is expected to make a Hajj (pilgrimage) to Mecca at least once in their lifetime.

Dearborn has also invested heavily in public transit. Because of these investments, the city’s businesses suffered a lot less than those of neighboring suburbs during the Great Recession. As proof of this, in 2015, Dearborn opened a new rail and bus transit center in order to continue investing in its transportation infrastructure.

Unlike many places in America, Dearborn also works closely with veterans to make their lives better. Its Allied War Veterans Council consists of leaders of local veterans’ groups who “set the agenda for veterans across the city.” So instead of ignoring or disparaging veterans’ sacrifices in service of their country, Dearborn celebrates it—both with the Allied War Veterans Council and one of the largest Memorial Day parades in America. (This year’s Memorial Day Parade grand marshal is Lt. Col. Chuck Kettles, who received the Medal of Honor for saving the lives of eight men in Vietnam and assisting in the rescue of 36 others.)

But what about religion? Aren’t Christians scared of Sharia law? Not so much. In fact, the Dearborn Area Interfaith Network holds regular events where Christians, Jews, Muslims, Sikhs, Hindus, and Buddhists gather to celebrate one another’s beliefs and find ways to work together for the greater good of the city’s residents.

The relationship between police and African Americans and other minorities in Dearborn is not as strained as it is in other American cities, either. Protestors against crimes like the shooting of unarmed African Americans don’t get hosed down and treated to militarized police presence; instead, they’re invited to the Chief of Police’s office and their concerns are listened to. Dearborn’s police department is also the first in the country to have hired a uniformed police officer who wears a hijab.

In short, Dearborn is nothing like a Sharia law state filled with “no go zones” and other such nonsense. Instead, it’s a city in which democracy is thriving, the police respect the public, schools are great, and religious leaders come together on a regular basis. There are far worse places to live in America.