How Liberals Are Fueling the Alt-Right 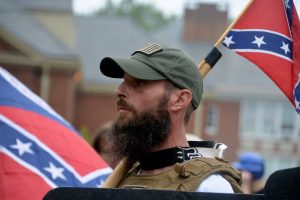 A member of the alt-right at a white nationalist rally in Charlottesville, VA that resulted in one death and multiple injuries.
Photo credit: Kim Kelley-Wagner / Shutterstock

The alt-right has only gotten stronger since the 2016 election. That’s because the engagement tactics that liberals are using, while well intentioned, are ultimately misguided. As a result, liberals have ended up stoking the fire rather than extinguishing it.

As New York Times contributor Michelle Goldberg points out, part of the appeal of the alt-right movement is that it’s unconventional, taboo, and controversial. Those who belong to this movement revel in the attention they get when they express their unpopular views. Anyone who has encountered an online troll knows this to be true.

But even so, this poses quite a big problem. If members of the alt-right are being fueled by responses from the left, does that mean the solution is to stop engaging with paleoconservatives all together? It’s a conundrum that many liberals, Goldberg included, are still wrestling with.

Civics Lesson: What is the “Alt-Right”? 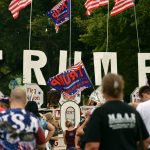 The alt-right, or alternative right, is a term used to describe an extremist faction that exists with the conservative umbrella. It consists of white supremacists, neo-Confederates, neo-Nazis, neo-fascists, and other hate groups.

“I don’t know exactly where to draw the line between ideas that deserve a serious response, and those that should be only mocked and scorned,” writes Goldberg. “I do know that people on the right benefit immensely when they can cultivate the mystique of the forbidden.”

Perhaps the better solution, as Goldberg suggests, is to counter the dynamics that make alt-right beliefs seem like secret knowledge. It is precisely this dynamic that makes websites like Breitbart and infowars.com so popular—they are based on conspiracy theories and “covert information.” If liberals want to dismantle these ideas, they will have to gain an understanding of why they appeal to people in the first place.

One thing is for sure: the current strategy, which mostly consists of responding with outrage, isn’t working. As the old adage goes, “You can’t fight fire with fire.”