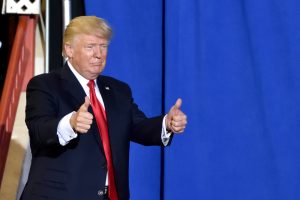 That’s the type of language that the left uses to describe President Trump and his supporters. And while the general intent is to shame Trump and his fan base into abandoning their principles, it’s actually having the opposite effect—it’s angering and emboldening them.

That’s precisely the point that University of Virginia political science professor Gerard Alexander wants liberals to understand. In a recent op-ed published in The New York Times, Alexander argues that stereotyping all Trump supporters as racist, sexist, and homophobic is making the problem worse. 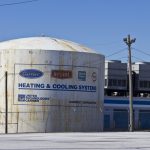 Many Americans voted for Trump for reasons that had nothing to do with race, sex, or immigration. In fact, economics was one of the driving forces in Trump’s electoral win.

During his campaign, Trump promised to bring jobs back to America. One of his most notable pledges was to prevent Indiana-based heating and air conditioning company Carrier from moving to Mexico. But while Trump successfully dissuaded the company from relocating, Carrier still laid off hundreds of workers.

“In their ranks are people who sincerely consider themselves not bigoted, who might be open to reconsidering ways they have done things for years, but who are likely to be put off if they feel smeared before that conversation even takes place,” Alexander writes.

In order to combat this effect, liberals will have to adjust their communication style. The name-calling and the policing of others’ words will only repel voters, which is part of what led to Trump’s presidential victory in the first place.

As Alexander points out, “Self-righteousness is rarely attractive, and even more rarely rewarded.”

But that’s not to say that issues like racism, sexism, xenophobia, and homophobia shouldn’t be talked about. It’s just that the approach needs to change from being accusatory to inviting.