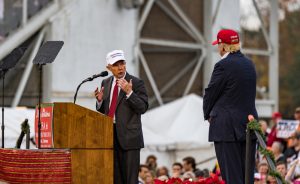 President Trump and Attorney General Jeff Sessions’ efforts to make an “example” of 11 migrants may be backfiring, reports the Huffington Post. Officials say that these migrants were part of a sizable refugee caravan, but instead of putting them through the civil deportation system once detained, the Trump administration opted to move them through criminal courts.

These kinds of cases are usually “open-and-shut,” but the President’s tweets may be undermining him in the courts. Lawyers are challenging the criminal charges in part using President Trump’s tweets and public statements as evidence that the government is discriminating based on country of origin, a potential violation of the equal protections clause in the Fifth Amendment.

In his court filings Eric Fish, the public defender representing a number of the migrants, wrote, “This kind of invidious discrimination based on alleged country of origin is forbidden by the equal protection guarantees of the Fifth Amendment’s due process clause.” 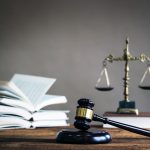 The Executive Office of Immigration Review (EOIR) is an office within the U.S. Justice Department responsible for handling immigration cases in the United States. The office primarily handles removal proceedings to determine removability of persons from the U.S. based on immigration status. As of September 2016, there were fifty-eight immigration courts spread across the U.S.

Some of the defendants are seeking to have their cases dismissed entirely, arguing that they’ve been selectively prosecuted based on their country of origin in their efforts to procure asylum. Furthermore, three of the migrants were traveling with children. These conditions make the criminal court designation that much more unusual, as cases involving asylum seekers and children are rarely processed outside of civil immigration proceedings.

It would seem that the president is seeking to make an example of the migrants by charging them as criminals, but it has resulted in an outcome he and Sessions likely didn’t intend. It would have been reasonable to expect the defendants to plead guilty in order to procure a reasonable deal. Instead he’s ensured that they have a right to court-appointed attorney for those who have chosen to challenge the charges in court.

It’s yet to be seen whether President Trump’s tweets will in fact influence the outcome in favor of the migrants. If they do, this could create an interesting precedent for making legal decisions based on tweets from the White House.