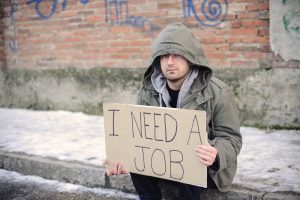 The problem is, all is not what it seems when it comes to unemployment numbers.

But an article in Mother Jones says this fabulous news is nothing but a mirage. According to a household survey that the Bureau of Labor Statistics uses to calculate the unemployment rate, even though unemployment went down by 239,000, most of those individuals left the labor force entirely. The civilian labor force actually went down by 236,000. That is, those individuals simply gave up on looking for work. And once they quit looking for work, they no longer get counted as unemployed. When 98 percent of the people who were “no longer unemployed” because they figured they’d never get a job and gave up the search, that’s bad news, not good news. 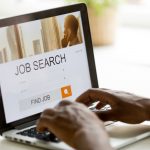 Every month, the U.S. Bureau of Labor Statistics announces the total number of employed and unemployed people in the U.S. Unemployment rates are calculated by counting the number of people who are employed, unemployed, or not in the work force based on a survey of about 110,000 people.

Those with jobs are employed. Those who are jobless, have actively looked for work in the prior four weeks, and are available for work are unemployed. Anyone who doesn’t count as employed or unemployed is considered to be “not in the labor force.”

People who are not in the labor force range from stay-at-home parents to people who have given up looking for work. Another category, marginally attached to the labor force, includes “discouraged workers,” those who want a job but for various reasons have been unable to find one in the past 12 months.

Beyond the fundamental problem in how the statistics are gathered and how many people are actually unemployed, another problem is that Trump is taking credit for the decrease in the unemployment rate. As Steve Benen wrote on MSNBC, “This is a great example of someone being born on third base and thinking they hit a triple.”

The unemployment rate has been declining consistently since President Obama ended the Great Recession during his first term. Although the trend has continued through Trump’s presidency, that doesn’t mean he’s responsible for the gains that began in 2010. The true test will be in the years following his presidency.