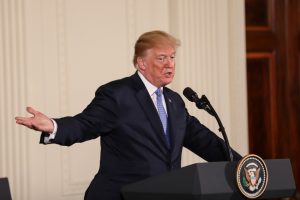 The Washington Post reports that we should be taking the “pro-Trump media machine very seriously.” They’re right. We’ve already written about the way the president uses Twitter to telegraph headlines to drive the direction of conservative media, but it’s worth further exploring the implications such a dynamic has.

Impeachment talk in America is real. On the left, the debate is about whether it would be better to impeach the president now or to dethrone him in the next election. But the right is having quite a different debate. Conservatives seem to be far more concerned about whether or not the man investigating the president can be trusted.

President Trump seems to be attempting to destroy the credibility of special council Robert Mueller such that any potential judgments passed by his investigation would be seen as corrupt by his followers. That’s despite the fact that Mueller is a Republican and has served as a model for dogged professional objectivity throughout his entire career. 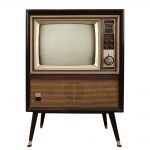 The presidential election of 1960 featured many firsts. It was the first election that included all 50 states, the first election that prohibited the incumbent president from running due to the term limits set by the 22nd Amendment, but perhaps most interestingly, it was a technological milestone in that it included the first televised debates. At a time when technology is once again uniquely influencing how our elections play out, it’s worth looking back at history to find parallels.

Though the very first televised debate during the election was between John F. Kennedy and Hubert Humphrey during the primary, the famous debate between Kennedy and Richard Nixon carried much more cultural significance. Many people believe that if the debate had been held over the radio, Kennedy may not have beat Nixon to become the 35th President of the United States.

This is dangerous. According to Axios’s Sara Fischer, “Pro-trump media is spreading across the U.S., disseminating Trumpian rhetoric… through every medium.” This poses a major problem, as the message always seems to revolve around mainstream news being “fake.”

It also means that if the government were to pursue impeachment, the U.S. may be walking into a very different scenario compared to impeachment efforts of the past. If President Trump enjoys a media behemoth beholden to his whims, it will act as a significant weapon in fighting back against impeachment. If mainstream media is dubbed “fake news,” and Mueller is seen as an unreliable witch hunter, then Trump may escape unscathed despite damning evidence.

It’s hard to know right now how influential or extensive the conservative echo chamber network really is, but one thing is for certain: we need to take it seriously.