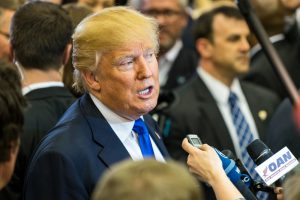 While President Donald Trump is adamant that Russia was not involved in the 2016 election, the Senate Intelligence Committee—which consists of both Republican and Democratic leaders—has endorsed the U.S. intelligence community’s assessment that Russia intervened in the 2016 presidential election to help Trump and hurt Hillary Clinton.

This powerful and rather unexpected bipartisan conclusion comes amid growing Republican scrutiny of the investigation led by special counsel Robert Mueller, whose team is also examining whether President Trump’s campaign collaborated with the Kremlin and if Trump obstructed justice in a bid to limit the probe’s scope. The committee conducted months of interviews with current and former intelligence officials to verify if American spies correctly assessed last year that Russia did attempt to sway the election. 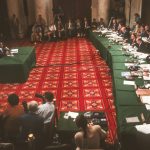 The Senate created a standing committee system in 1816, more than a quarter century after its first meeting in 1789. The United States Constitution did not mention or provide for committees in Congress. Prior to 1816, the Senate relied on temporary select committees, the first of which was appointed on April 7, 1789, to draw up Senate rules of procedure. That committee filed its report within a week and, by April 18, the Senate had resolved that 20 rules “be observed.”

In those days, the Senate spent much of its time acting as a “Committee of the Whole,” a parliamentary device for facilitating the legislative process. Committees are essential to the effective operation of legislative bodies. Committee membership enables members to develop specialized knowledge of the matters under their jurisdiction.

Our staff concluded that the [intelligence community’s] conclusions were accurate and on point.

The Russian effort was extensive, sophisticated, and ordered by President Putin himself for the purpose of helping Donald Trump and hurting Hillary Clinton.

According to The Washington Post, Burr and Warner have hinted for days that their panel’s interim findings on the intelligence community would go against those reached by Republicans on the House Intelligence Committee. Burr told reporters, “I’m not sure that the House was required to substantiate every conclusion with facts,” promising the Senate Panel would “have the facts to show for” its conclusions.

However, we still don’t know if the Trump campaign did in fact collude with Russia to coordinate the anti-Clinton effort.

As previously stated, the president has vehemently denied any collusion between his campaign and Russia. The House Intelligence Committee put a halt to its investigation earlier this year, with GOP members saying they found absolutely no evidence of any form of collusion. This means that there’s still more work for the Senate Panel. But more importantly, it’s a bigger task for Mueller to accomplish, as Americans wait patiently for his thorough investigation to be completed and his comprehensive report to be released. After all, only Mueller has the power to charge anyone with a crime.

With that being said, this doesn’t make the bipartisan conclusion any less important. The most authoritative congressional panel has weighed in on the issue of Russia’s favoritism in the 2016 election, and unfortunately for President Trump, they weighed in against him.