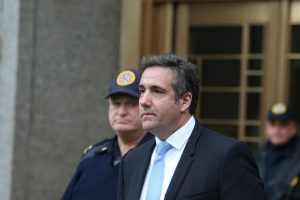 Last week, we learned financial records detailing payments made to former Trump attorney Michael Cohen were leaked to the media. This is just the most recent in a string of troubling activities connected to Cohen, who is already in the hot seat for possible bank fraud, wire fraud, and campaign finance violations tied to the Stormy Daniels–Donald Trump scandal. The newest leak was intended to flush out several records that appeared to be missing, according to The New Yorker’s Ronan Farrow.

The payments revealed the leaks in the media came from “a suspicious-activity report” (SAR) from First Republic Bank, but that report also mentioned that the bank had also “compiled two additional SARs that were not included the released files.” Apparently, the missing reports would explain some $3 million in additional payments that many critics feared were hidden from law officials. The first missing report covered nearly seven months and listed a little over $1 million in activity. The second missing report covered June 2017 to September 2017 and included more than $2 million in suspicious transfers.

Banks are required by law to file suspicious-activity reports with the government about any transactions that could possibly constitute fraud, money laundering, or other financial crimes. These are kept in the Treasury Department’s Financial Crimes Enforcement Network, or FINCEN, a database that can be searched by law enforcement or certain federal officials. 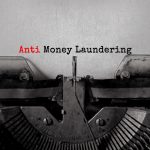 By definition, money laundering is the process of making illegally-gained proceeds (i.e. “dirty money”) appear legal (i.e. “clean”). Typically, it involves three steps: placement, layering and integration. First, the illegitimate funds are furtively introduced into the legitimate financial system. Then, the money is moved around to create confusion, sometimes by wiring or transferring through numerous accounts. Finally, it is integrated into the financial system through additional transactions until the “dirty money” appears “clean.”

Money laundering can facilitate crimes such as drug trafficking and terrorism and can adversely impact the global economy. In the 1980s, Congress became concerned about the increasing number of professionals, such as lawyers, accountants and bankers, who were either willing to look the other way or to become active participants in the laundering of illicit monies. Thus, the Money Laundering Control Act was put into place.

The Money Laundering Control Act prohibits individuals from engaging in a financial transaction with proceeds that were generated from certain specific crimes, known as “specified unlawful activities” (SUAs). Additionally, the law requires that an individual specifically intend in making the transaction to conceal the source, ownership or control of the funds.

According to the source who spoke with The New Yorker, it’s highly unusual for a suspicious-activity report to be removed from the FINCEN database, which is why this revelation is so alarming.

Per The New Yorker:

“I have never seen something pulled off the system,” they said. “That system is a safeguard for the bank. It’s a stockpile of information. When something’s not there that should be, I immediately became concerned.”

It is essential to note that suspicious-activity reports are not proof of criminal wrongdoing; however, if the source is correct, last week’s reports only covered about a quarter of the total $4 million in transactions that the bank found to be odd.

The New Yorker points out that there are also some less nefarious explanations for the missing transactions. It’s possible that access to the first two documents was restricted because prosecutors were highly concerned that someone might leak confidential information about the president’s lawyer to the media:

“Seven former government officials and other experts familiar with the Treasury Department’s FINCEN database expressed varying levels of concern about the missing reports. Some speculated that FINCEN may have restricted access to the reports due to the sensitivity of their content, which they said would be nearly unprecedented. One called the possibility “explosive.”

A record-retention policy on FINCEN’s website notes that false documents or those “deemed highly sensitive” and “requiring strict limitations on access” may be transferred out of its master file. Nevertheless, a former prosecutor who spent years working with the FINCEN database said that she knew of no mechanism for restricting access to SARs. She speculated that FINCEN may have taken the extraordinary step of restricting access “because of the highly sensitive nature of a potential investigation. It may be that someone reached out to FINCEN to ask to limit disclosure of certain SARs related to an investigation, whether it was the special counsel or the Southern District of New York.”

Removing the reports from the system wouldn’t be a very effective or discreet method of keeping the information from prosecutors. Nonetheless, several other banks have filed suspicious-activity reports about Cohen’s transactions—even Avenatti told The New Yorker that the Treasury Department should release them to the American public immediately. The reports, however, are supposed to be confidential, and there are hefty penalties for unlawfully disclosing them (fines of up to $250,000 and five years in prison).

If, in fact, those SARs went missing, someone with significant power would have had to make them go missing. There is no reasonable explanation (that we know of yet) for a report to go missing except for an individual attempting to hide possible money laundering activities, and by default attacking our monetary system and safeguards.