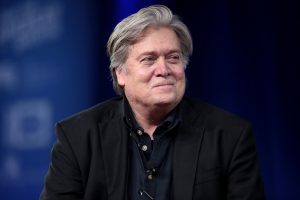 Last week, a key witness in the Cambridge Analytica scandal told Congress that the firm tried to discourage and suppress voting.

“Mr. Bannon sees cultural warfare as the means to create enduring change in American politics,” Wylie claimed. “It was for this reason Mr. Bannon engaged SCL (Cambridge Analytica’s parent company), a foreign military contractor, to build an arsenal of informational weapons he could deploy on the American population.”

Civics Lesson: Voter Suppression as a Form of Oppression 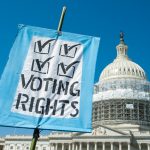 While this amendment guaranteed voting rights for African-Americans and other ethnic minorities, states and local municipalities used other tactics to prevent these demographics from voting. Examples include poll taxes, literacy tests, and intimidation.

After the hearing, Wylie told CNN that the “voter disengagement tactics” were used to “discourage or demobilize certain types of people from voting” in the 2016 presidential election. While Wylie claims that he did not personally partake in these efforts, he did say that African-Americans were among the top targets of the voter suppression campaign.

The whistleblower also said he was happy that both Republican and Democratic lawmakers attended the hearing, as he believes the misuse of personal data is a nonpartisan issue.

“Although Cambridge Analytica may have supported particular candidates in U.S. elections, I am not here to point fingers,” Wylie stated in his written testimony. “The firm’s political leanings are far less relevant than the broader vulnerabilities this scandal has exposed.”