The Koch Brothers Are Campaigning Against the President on Immigration 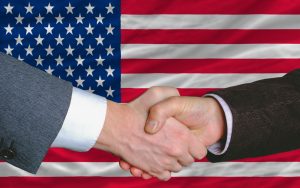 The Koch Brothers are supporting Democrats with the new LIBRE Initiative.
Image: Shutterstock

The Koch brothers have a lot of money in politics. They are both known to have close ties with GOP leaders, and are believed to have helped fuel the Tea Party wave in 2010. They have become the ultimate-evil-boogeymen for many Democrats who want to see campaign finance reform and more transparency in the U.S.

But it seems that Trump may have brought out a new side of the two billionaire brothers. In a move that represents some very new tactics for the Kochs, they are now making moves to support Democrats on immigration issues.

We’re not talking about Democrats who support traditional GOP stances on immigration, either. In fact, the Koch brothers network recently created something called the “LIBRE Initiative” to support Democrat and Republican legislators alike who have shown commitment toward helping DREAMers – undocumented immigrants brought to the U.S. as children. 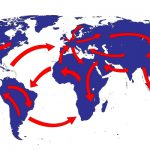 Though “liberal” is a term generally associated with Democrats and the political left, it shouldn’t be mistaken with “neoliberalism,” which has had huge influence on conservatives and the Republican party. Neoliberalism represents a belief in economic liberalization associated with deregulation of businesses, free trade, privatization, and austerity. The word enjoys the “neo” prefix (meaning new), as it represents a new version of the economic liberalism defined by laissez-faire economics during the 19th century.

Why? NPR Politics posits that it might have something to do with President Trump’s policies. Though the Koch brothers have invested enormous amounts of money in politics in hopes of achieving libertarian policy outcomes, the Trump White House’s protectionist tariffs, hard line on immigration, and massive spending bill have been anything but libertarian.

If the Koch brothers can’t get what they want with a Republican White House and Congress, it makes sense that they might begin supporting Democrats who align better with their values. In fact, in recent years, the Kochs have been known to support issues that have fostered bipartisanship in the past, including criminal justice reform, allowing terminally ill patients use experimental medical practices, and support for DREAMers.

Supporting Republicans who are for bipartisan initiatives is one thing; supporting Democrats directly is something entirely different—and new. If the LIBRE Initiative is still the first major action taken that directly supports Democrats, does that mean there will be a second?