Thoughts and Prayers Will Not Prevent Another School Shooting 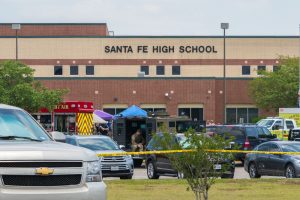 For Fred Guttenberg, the news is devastating. His daughter was killed in the Parkland school shooting that happened earlier this year. His fear was that if lawmakers didn’t do something soon, tragedy would strike again. He was right.

“Now, we have eight more children dead and our leadership in Washington has done nothing,” Guttenberg tweeted. “We do not need thoughts and prayers, we need action and we need it now.” 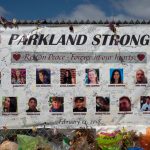 The Parkland school shooting happened on February 14, 2018 at Marjory Stoneman Douglas High School in Parkland, Broward County, Florida. The perpetrator, 19-year-old Nikolas Cruz, killed 17 people (14 students and three staff members) and wounded 17 others. It is one of the deadliest mass school shootings in U.S. history.

Photo: A memorial for those who lost their lives in the Parkland school shooting. Credit: Janos Rautonen / Shutterstock

But despite Guttenberg’s plea, the response from conservative lawmakers has been more or less the same.

“Heidi and I are keeping all the students and faculty at Santa Fe High School in our prayers this morning, along with all first responders on the scene,” Senator Ted Cruz (R-TX) tweeted shortly after news of the shooting broke.

President Trump echoed a similar sentiment. The morning of the shooting, the president tweeted, “School shooting in Texas. Early reports not looking good. God bless all!”

But the thing about thoughts and prayers is that while the sentiment is nice, they do nothing to address the problem or prevent it from happening again. They didn’t work last time, and they won’t work this time. As the saying goes, “The very definition of insanity is doing the same thing over and over again and expecting different results.”

CNN reports that there have been 22 school shootings in 2018 so far, which averages out to a little more than one per week. For conservative politicians, thoughts and prayers are a cop-out, as it allows them to acknowledge the tragedy while maintaining their loyalty to the NRA.