US Businesses Are Pocketing Tax Cuts 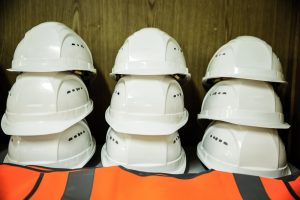 We’re facing a time in American politics where we as a nation are struggling to collectively define what success looks like.

Neoliberal philosophies defined by open trade and deregulation, championed by President Reagan and perpetuated through the Obama era, are being challenged by the likes of Bernie Sanders—but he’s not the only one. President Trump, while supporting tax cuts and deregulation, scoffed at the Trans-Pacific Partnership (TPP) to instead implement tariffs on trade.

Even Hillary Clinton, who is seen by many to represent a political establishment defined by the neoliberalism of the 90s, opposed the TPP after popular pressure made it clear it was the politically wise thing to do. 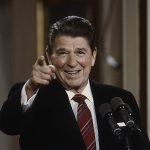 “Reaganomics” is a term often used to define the economic policies put into place by President Ronald Reagan. Coming out of an era of “stagflation,” defined by inflation coupled with economic stagnation, Reagan’s economic approach is often credited with bringing the country out of an economic slump. Reaganomics is generally associated with supply-side economics, or trickle-down economics marked by extensive tax breaks.

This kind of populism, or in Mr. Trump’s words, an “America First” approach, is very different from American efforts at growth of the past few decades, and it begs the question, “What should success look like?”

If the Mr. Trump of the campaign trail is to be believed, it’s safe to say success means more jobs for workers and bringing jobs back to factories. The route he’s chosen to reach that end is making deals and cutting taxes.

But while he’s reached his goal of cutting taxes for manufacturing businesses, the ensuing deals aren’t creating more jobs. In fact, in some cases the very same tax cuts that were supposed to create jobs are giving bonuses to shareholders at the expense of workers.

Vox reports that Harley-Davidson announced a nearly $700 million stock buyback plan just days after it also announced it would be closing a factory in Kansas City that employed 800 people.

This kind of occurrence is part of a pattern that emerged after major tax cuts were passed in Congress. Hourly average earnings for American workers are only up 67 cents, yet corporate stock buybacks hit a record $178 billion in the first three months of 2018.

It’s clear that companies are benefitting and business is booming, but what’s the point if it isn’t also helping American workers? Is deregulation alone enough to “Make America Great Again?”