The Wealth Gap Hurts Families the Most 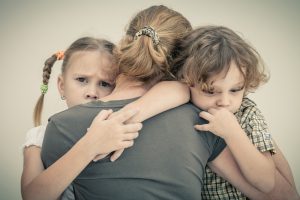 Wealth inequality continues to grow, exacerbated by uneven economic recovery. Not only are the disparities in financial wealth a prime factor in perpetuating racial and ethnic inequalities, but it tremendously harms families as well.

While America is touted as a country where economic mobility is high, the truth is that economic mobility, especially for families, hasn’t changed much in the past four decades. If anything, it has declined. Children of poor families have a particularly difficult time improving their economic wealth relative to their parents. In fact, mobility in the United States has become so stagnant that it’s now lower than in Canada and several European countries, including Germany, France, and the U.K. 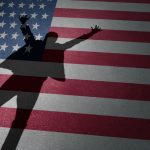 The idea of the American Dream has roots tracing back all the way to the founding of the U.S. Its tenets can be found in the Declaration of Independence, which states: “We hold these truths to be self-evident, that all men are created equal, that they are endowed by their Creator with certain unalienable Rights, that among these are Life, Liberty and the pursuit of Happiness.” In a society based on these principles, an individual can live life to its fullest as he or she defines it.

As The New York Times notes, wealth is also essential because it has long-term effects on children’s economic status. More distinctly, parental wealth plays a huge role in college attendance and graduation. Research shows that bachelor’s degree holders earn “56 percent more than high school graduates,” the largest gap currently on record. Further, parental health is crucial when it comes to where children live and the quality of the schools they attend.

To unwrap how wealth inequality affects families the most, a large survey conducted every three years cataloged the total assets and debt of American households. The survey, more commonly known as the Federal Reserve’s Survey of Consumer Finances, concluded that the net worth of most households with children actually declined from 1989 to 2013.

In comparison, the elderly households without children gained more wealth during this period, while families headed by someone under age 65 were substantially in more debt. Overall, families with children fared worse, with their wealth declining by 56 percent.

So, why are families with children not fully able to live out the American dream?

Research indicates that this is actually due to long-term changes in employment stability. In the past few decades, more companies have replaced full-time employment opportunities with part-time work and short-term contracts. These changes affected families with children far worse than the elderly, who are mostly retired. That means less income overall for these families.

For Millennials, this shift in employment stability is most notable when considering that many of their grandparents’ generation worked for only one or two companies for their entire careers, whereas the current working generation tends to hop from company to company at least every few years. And despite stereotypes claiming otherwise, these job-hopping occurrences are often instigated on the employer’s side, as short-term contract positions and “hire slow and fire fast” methodologies become more popular.

Another issue for families with children is extreme debt, most notably student loan and mortgage debt. Education debt has been steadily increasing, in part because federal Pell Grants have failed to keep up with rising tuition costs. The study showed that Pell Grants now cover only 29 percent of the cost of a four-year degree at a public college, the lowest percentage in history. Just imagine how difficult it would be to send an 18-year-old off to college when the primary income earner is still paying off their own student loans.

Mortgage debt came into play in the mid-2000s after the collapse of the housing market. Home prices decreased rapidly, which meant many low to mid-income families had their biggest investment completely wiped out. And because of the massive job losses that occurred during that time, many of those same families were forced to sell or foreclose their homes despite their plummet in valuation.

To ensure that the next generation of children receives the best possible outcome, the United States needs to buckle down and propose stronger public policies regarding income inequality. Ultimately, children are our future and they should have the opportunity to succeed regardless of their circumstances.