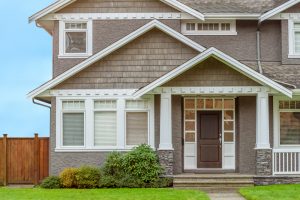 Redlining made it nearly impossible for minorities to get home loans. Photo: Shutterstock

Ever notice that many of America’s suburbs are predominantly white? There’s a reason for that.

It started in the 1930s, when President Franklin D. Roosevelt introduced new home loan programs that would help Americans recover from the Great Depression. In order to decide who was eligible to receive these loans, the government divided America’s neighborhoods into color-coded sections. The concept was simple: green neighborhoods were “good,” while red neighborhoods were “bad.”

This practice, known as redlining, made it nearly impossible for those who resided in red areas to obtain a home loan. Meanwhile, lending options were readily available to those who lived in green areas. It’s a concept that makes sense on the surface—it’s a safer bet to give home loans in areas already defined as “good” neighborhoods.

Civics Lesson: The Value of Homeownership 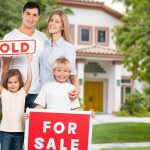 The advantage of a home loan is that the borrower is making payments towards an asset that he or she will eventually own. Once owned, that asset can be passed down to future generations, which can significantly reduce their cost of living. On top of that, it usually appreciates over time. Decades of data shows that home prices have risen by an annual average rate of about three to five percent, making it a reliable long-term investment.

But if we go beyond the surface, this lending practice ended up being racist by default. Guess who lived in the red areas? That’s right—blacks and other ethnic minorities.

Without access to the same financial opportunities offered to white people, the government ensured that minorities were stuck in the same cycle of poverty. This is called systemic racism.

And if you think those from red neighborhoods could simply just move into a green neighborhood, think again. Early suburb developers, such as William Levitt, introduced policies that deliberately banned black people from moving to these areas.

“Levittown homes must not be used or occupied by any person other than members of the Caucasian race,” reads clause 25 of the 1947 Levittown standard lease.

So, not only could minorities not purchase homes in the “red” areas where they primarily lived, but they were also actively prevented from moving to “green” neighborhoods—even when they had the means to do so. The result? From 1934 to 1968, 98 percent of home loans were given to Caucasians.

And even though these systemically racist practices were eventually outlawed, minorities were still at a significant disadvantage. Why? Because the redlining period allowed whites to buy and sell their homes and accrue wealth, which in turn created better opportunities for their future generations.

Today, more than 70 years after Levittown was first established, it is still less than one percent black. The effects of racism continue to live on, even decades after the policies themselves were abolished.