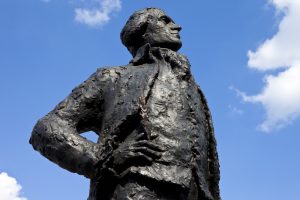 Over a century ago, there was virtually no direct taxation on American citizens. Until the eighties, a progressive tax system was seen as the best way to decrease the gap between the wealthiest and poorest Americans. At the same time, progressive taxes could fund a social safety net that supported the middle class and the military. This ideology was introduced to us by the third president of the United States and Founding Father, Thomas Jefferson.

In the 1780s, as the new Republic’s first ambassador to France, Jefferson saw inequality on a whole new scale. He decided to disguise himself as a traveler among the French poor, getting himself invited to their hovels, eating their food, and recording every detail about their lives.

In a letter to James Madison, Jefferson described a country walk near Fontainebleau. Jefferson met a poor woman on the road and pretended to be lost so that he could receive details of her poverty-stricken life. Just before he left, Jefferson gave the woman a sum of money that amounted to three days’ pay for labor, bringing the woman to tears. His letter goes on to criticize the vast tracts of idle (uncultivated) land in a situation where cultivation of said land could give the poor a much-needed opportunity to improve their socioeconomic status. 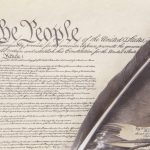 Passed by Congress on July 2, 1909, and ratified February 3, 1913, the 16th Amendment established Congress’s right to impose a federal income tax. In other words, this amendment allows the U.S. federal government to collect an income tax from Americans. Income tax allows for the federal government to support funds for the military, construct roads and bridges, enforce laws, and carry out other important duties.

Here’s part of what Jefferson wrote to Madison:

“I am conscious that an equal division of property is impracticable. But the consequences of this enormous inequality producing so much misery to the bulk of mankind, legislators cannot invent too many devices for subdividing property, only taking care to let their subdivisions go hand in hand with the natural affections of the human mind. The descent of property of every kind therefore to all the children, or to all the brothers and sisters, or other relations in equal degree is a politic measure, and a practicable one…Another means of silently lessening the inequality of property is to exempt all from taxation below a certain point, and to tax the higher portions of property in geometrical progression as they rise.”

According to The Atlantic, in the early 1900s, the concept of a progressive income tax was seen as “one of the most important reforms that would create a just society.” The U.S. government established a federal income tax in 1913 when it ratified the 16th Amendment. Originally, the federal income tax only impacted about one percent of earners, as opposed to today’s taxes. Three years later, the estate tax was created to again push more of the tax burden onto the wealthiest Americans and relieve the burden from the poor.

Flash forward to today, when President Donald Trump’s definition of tax reform reveals how much has changed in recent decades. Tax reform once meant raising tax rates on wealthier Americans and closing loopholes that benefited powerful economic interests, all with the goal of redistributing income from the top to the middle and bottom income brackets. Now, most of the president’s opponents on Capitol Hill will probably not push back against Trump’s proposal by calling for the kind of robust tax-reform agenda that had once been a holy grail for American liberalism.

Jefferson believed that the United States should be an agricultural country where every farmer would own his own little plot of land and his own little house, so everyone would have a stake in the country. Factory workers, he thought, didn’t have nearly as high a standard of living, and also didn’t have a stake in the political stability of the country. He understood something that we have lost track of: that capitalism is not an end in itself; its sole purpose is the greatest good for the biggest number of people. If it resulted in a concentration of wealth and “wage slavery,” then it just wasn’t working.