EPA Blocks AP and CNN from Summit on Contaminants 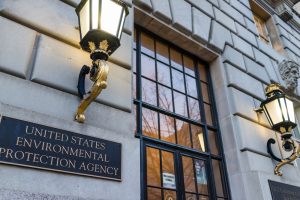 Was the exclusion of CNN and AP reporters from an EPA summit a measure of retaliation? Photo by Kristi Blokhin / Shutterstock.com

In the midst of Scott Pruitt’s mounting controversies, the Environmental Protection Agency (EPA) held a summit on chemicals in drinking water on Tuesday, but forbade media reporters from CNN and Associated Press from entering the building. EPA spokesperson Jahan Wilcox told both organizations that they were not allowed in, claiming that there was no space for them. Wilcox, however, gave no specific indication as to why they were barred, according to AP.

Tensions within the summit escalated when guards forcibly removed a female reporter from the premises after she asked to speak with the EPA’s public affairs representative. Speaking on behalf of the EPA, Scott Pruitt announced to 200 people at the meeting that dealing with the water contaminants perfluoroalkyl and polyfluoroalkyl is a “national priority.”

After receiving backlash on Twitter ensued over what the AP and CNN called their “selective” exclusion from the summit, the agency decided to open the remainder of the two-day event to all reporters.

Civics Lesson: The First Amendment and Freedom of the Press 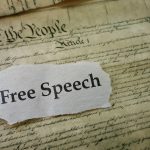 In addition, they were no longer allowed to prohibit reporters from attending the summit, as reported by Business Insider:

“The Federal Advisory Committee Act, which governs how meetings like Tuesday’s must be conducted, states that any event used by a federal agency “in the interest of obtaining advice or recommendations” must be open to the public, which includes the press.”

An EPA spokesperson told NBC News that, “This was simply an issue of the room reaching capacity, which reporters were aware of prior to the event.” But the guards reportedly didn’t tell the reporters they ejected that they had reached capacity, and other journalists in the room at the time reported that there were, in fact, a handful of seats still available.

The EPA works for the public, not any individual trade organizations. Therefore, the public (which includes the press) has the right to know what it is up to. When the EPA forcibly throws reporters out of public events, they are violating the First Amendment.

Scott Pruitt, already plagued by scandals, would be wise to avoid infringing the U.S. Constitution.