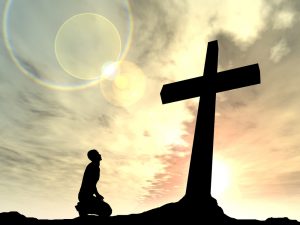 Not all evangelicals are supporters of the president.
Image: Shutterstock

One look at the news, and it’s easy to think that almost all evangelicals are Trump supporters. But that’s not the case.

Liberal evangelicals do exist, and they’re fed up with the lack of representation they’re getting in the media. The problem is, every time they try to speak up, their brethren try to silence them.

Such is the case with Shane Claiborne. The evening before he came to Lynchburg, Virginia, to preach at a Christian revival, the chief of police at private Liberty University warned Claiborne that if he set foot on the campus, he would be arrested for trespassing, face up to a year in jail, and be subjected to a $2,500 fine. 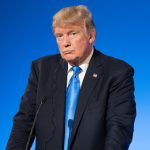 Why? Because Claiborne belongs to a network of liberal evangelicals called the Red Letter Christians (a reference to the words of Jesus written in red in some Bibles). The group planned to hold a local protest against Jerry Falwell Jr., Liberty University’s president and a man who played a key role in creating an alliance between Caucasian evangelicals and Donald Trump, who won 81 percent of their vote.

“There is another gospel in our country right now, and it is the gospel of Trump,” Claiborne preached. “It doesn’t look much like the gospel of Jesus.”

If it’s of any comfort to Claiborne, he’s not the only evangelical who is breaking with the church’s endorsement of Donald Trump.

“This is not of God,” roared Barbara Williams-Skinner, a prominent black evangelical leader in Washington, D.C., in reference to President Trump. “This is not worthy of our savior. This is not what he died for.”

But most Americans never hear about these political dissenters. Why? Because their voices are being drowned out by pro-Trump evangelicals on major conservative media networks like Fox News. But that’s starting to change… slowly, but surely.