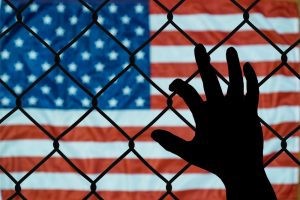 Those with moderate views often feel like their voices have been lost in the shouting match surrounding immigration. Caught between the wall and sanctuary cities are moderates, who neither entirely side with Republicans nor entirely side with Democrats.

In the words of New York Times contributor David Brooks, “Moderates do not see politics as warfare.” Instead, they embrace multiple perspectives and believe that bits of truth can be found in each.

In the eyes of a moderate, “Leadership is about determining which viewpoint is more needed at that moment,” Brooks explains. “Politics is a dynamic unfolding, not a debate that can ever be settled once and for all.”

Civics Lesson: How Many Americans Are Moderates? 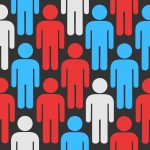 According to Gallup, moderates were consistently the most prevalent political group between 1992 and 2002. However, in recent years, the prevalence of American moderates has declined. According to a 2016 poll conducted by Gallup, 25% of Americans identify as liberal, while 36% identify as conservative.

And while no two moderates are exactly alike, we can infer how the majority of moderates view immigration based on the results of a 2014 poll. Based on a survey of 1,500 American voters, 86 percent of moderates said that they view undocumented immigrants as hardworking people who are trying to provide for their families. A small majority (50 percent vs. 47 percent) disagree that granting them citizenship would “reward bad behavior.”

It’s also possible for a self-identified Republican or Democrat to take a moderate stance on immigration. Such was the case for Republican Chris Christie, former governor of New Jersey.

In 2015, Christie revealed that he was adamantly opposed to Trump’s wall. Instead, his solution was to crack down on U.S. employers who ignore immigration laws.

“Walls can be gotten over. The reason people come here is to work. So if we clamp down on folks who are hiring people in this manner, once we set up a fair system that everybody is signed on to, then I think we’ll really decrease” the influx of illegal immigrants, Christie said.