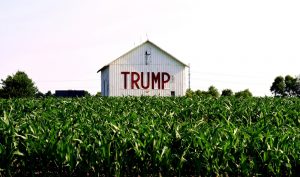 Some states are seeking waivers for Medicaid work requirements. The trouble is that those waivers tend to disproportionately favor rural, white residents. Photo by Christine Ruddy / Shutterstock.com

If you haven’t been living under a rock for the past year and a half, you probably know about the Trump administration’s efforts to reform the nation’s welfare programs—which many on all sides of the aisle agree is something that needs to happen. President Trump’s methods primarily involve instituting a work requirement for people receiving government aid. The administration’s latest idea: allowing more states to impose mandatory work requirements for their Medicaid programs.

The trouble with all this “making America great again” by “saving government money” and getting “lazy people who won’t work” off the welfare rolls is that the measures the administration wants to impose either already exist or have already been proven to do nothing to decrease poverty. So while imposing mandatory work requirements sounds like a fine idea on the surface, it’s not likely to solve any of the real issues with the U.S.’s welfare programs.

But wait, it gets better. It turns out that the Trump administration’s Medicaid reform efforts conveniently favor rural, white residents—people who voted overwhelmingly for Trump in the 2016 election. That’s surely just a coincidence, though, right?

Civics Lesson: The Basics of Medicaid 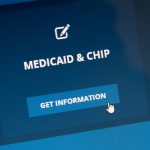 Medicaid is a federal-state health insurance program for low-income and needy people. It covers children, the elderly, blind and/or otherwise disabled people, and those who are eligible to receive federal government benefits. It was authorized by Title XIX of the Social Security Act and signed into law in 1965 along with Medicare. Beginning in 2014, the Affordable Care Act gave states the authority to expand Medicaid eligibility to people under 65 in families with incomes below 133 percent of the federal poverty level; however, a number of states, primarily those governed by Republicans, refused to expand their Medicaid programs. (Photo by txking / Shutterstock.com)

In Kentucky, Michigan, and Ohio, which are controlled by Republicans, waiver proposals would require Medicaid recipients to work a certain number of hours in order to retain their medical benefits. Medicaid has never before had a work requirement, and it should be noted that many people who receive Medicaid actually do work full-time, but at low-paying jobs that don’t offer health insurance benefits.

Interestingly, the waivers requested by the three states mentioned above include exemptions for the counties with the highest unemployment rates—which tend to be rural, GOP-leaning, and mostly white. For example, the waiver in Kentucky exempts eight counties in the southeastern part of the state, where white people constitute more than 90 percent of the population. Meanwhile, northern Kentucky, where the work requirement will be implemented first, include counties with a higher percentage of black residents.

Ohio’s Medicaid work requirement proposal, which was recently sent for federal approval, shows similar problems. Urban residents of color in Cleveland and Columbus would be much more affected than the rural white residents in the rest of the state.

Former Ohio Medicaid director John Corlett found that the 26 counties in the state which qualify for an exemption from the work requirements have an average white population of 94 percent. “The communities most at risk under this scenario are African American, and those communities already have significantly higher rates of infant mortality, lower life expectancy, and a number of other serious health disparities,” he told Talking Points Memo. “Ohio could help mitigate the racially discriminatory impact of the waiver by exempting smaller units of government—like municipalities.”

Attorney Leonardo Cuello of the National Health Law Program, which is bringing a federal lawsuit on behalf of Kentucky residents, said that even though the exemptions are designed to solve a real problem—the lack of work opportunities in many areas—they are still racially biased.

“We’re talking about a policy based on stereotypes about Medicaid enrollees,” Cuello said. “There is a constant dog whistle in the background here about making lazy people get off their couches and go to work, and playing into stereotypes about African Americans. It’s almost impossible to argue that the policy is not racial.”

What do you think? Are the requested exemptions for Medicaid work requirements racially biased? Let us know in the comments.