Will the Mueller Investigation Actually End by September? 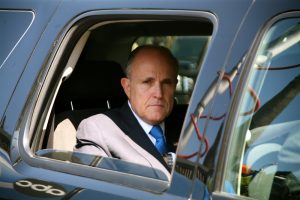 Was Trump attorney Rudy Giuliani telling the truth when he said the Mueller investigation would end by September? Photo by Dominick Jr / Shutterstock.com

A recent piece published in The New York Times reported that Rudy Giuliani, attorney to President Trump, said Special Counsel Robert Mueller intends to complete his inquiry on obstruction of justice by the beginning of September. The problem is, that timeline is coming from Giuliani, who isn’t a spokesperson for the special counsel’s office—and who has a reputation for being dishonest with the press.

Additionally, the statement made by Giuliani includes no confirmation from the special counsel’s office, though that’s not particularly surprising given that Mueller’s investigation has been extremely tight-lipped.

So, is Giuliani telling the truth? It doesn’t seem likely, especially considering that Reuters recently reported that an anonymous source “with knowledge of the probe” called the timeline completely fictional. 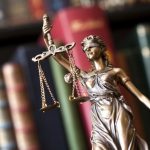 Obstruction of justice is a crime in the United States. It pertains to the act of obstructing prosecutors or other officials, including overt coercion through threats, physical violence, and deliberate sedition against a court official. Obstruction of justice charges are most often brought when a non-suspect being questioned in an investigation lies to the investigating officers.

Part of Special Counsel Robert Mueller’s investigation is into whether or not President Trump obstructed justice by firing James Comey as head of the FBI. Though the president can lawfully fire the FBI director for legitimate purposes, there is evidence that Mr. Comey was fired for an illegitimate reason—derailing the Russia investigation. Past presidents who have been accused of or charged with obstruction of justice include Bill Clinton and Richard Nixon.

Unfortunately, Giuliani’s tactics aren’t particularly surprising—it has practically become a calling card of the Trump administration to constantly release a stream of new information, whether or not that information has been verified. This tactic serves two purposes: to keep control of the story and to pressure others to bend to the narrative they have created. In this case, it could be that Giuliani is simply trying to pressure Mueller to wrap up his investigation soon by setting the public’s expectations.

But Giuliani may be creating more confusion than anything else. Earlier this month, he stated that he would advise the president against interviewing with Mueller’s team, but then on May 23 reversed that statement, saying he’d rather President Trump do the interview just to get it over with. But now it looks like a sit-down interview may only be on the table if the president can get a report on what he has dubbed “Spygate.”

Giuliani says the president is set to decide whether or not to sit down with Mueller’s team within the next few weeks, indicating that the canceled summit with North Korea gives President Trump more time to seek counsel with Giuliani and make a final decision.