A Brief History of African-Americans In the Military 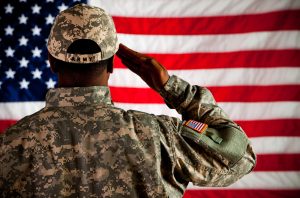 African-Americans have a long and noble history of military service, despite the fact that the armed forces were not necessarily a friendly place for black Americans to be. Black soldiers fought for our country as far back as the Revolutionary War. However, state militias began excluding African-Americans in 1792, making it impossible for them to serve in the military.

If it hadn’t been for the Civil War, it’s quite possible that our armed services would still refuse to accept black soldiers into their ranks. Initially, President Abraham Lincoln was reluctant to accept African-American soldiers into the Union army, fearing that doing so would push some of the states on the border between the North and the South to secede and make it almost impossible for the North to win the war.

Two years later, Lincoln, realizing that the Union Army needed soldiers and the war didn’t seem to be coming to an end any time soon, signed the Militia Act in July of 1862. Although the act didn’t explicitly allow African-Americans into the armed services, it did authorize the president “to receive into the service of the United States…persons of African descent, and such persons shall be enrolled and organized under such regulations, not inconsistent with the Constitution and laws, as the President may prescribe.” 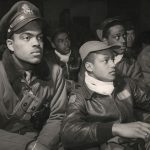 The Tuskegee Airmen were the first black military pilots in the U.S. Army Air Corps (the precursor to the U.S. Air Force). They flew more than 15,000 missions in Europe and North Africa during World War II, destroying or damaging 36 German planes in the air and 237 on the ground, as well as almost 1,000 rail cars and transport vehicles and a German destroyer. Sixty-six Tuskegee-trained pilots were killed in action, and another 32 were captured as POWs after they were shot down. The Tuskegee Airmen earned more than 150 Distinguished Flying Crosses for their heroism.

The “Tuskegee Experiment,” as it was known, gained some credibility and publicity when First Lady Eleanor Roosevelt visited the Tuskegee Airfield, where the training program was taking place, in April of 1941. The Tuskegee program trained 1,000 African-American pilots and nearly 14,000 navigators, bombardiers, instructors, aircraft and engine mechanics, control tower operators, and other support staff. Aviation is one of the most academically and psychologically challenging areas of military service, and the fact that the Tuskegee Airmen succeeded at a time when racism was officially sanctioned in the military only makes their dedication and grit even more notable.

Many African-Americans jumped at the chance to fight against the South and began forming “unofficial” infantry units of their own. These unofficial units—mostly from Louisiana, Kansas, Missouri, and South Carolina—were officially mustered into service in January of 1863. By the time the Civil War ended, about 180,000 black men had served as soldiers in the U.S. Army.

During World War I, thousands of black men registered for the draft, partly to defend liberty and democracy, and partly to prove that they deserved greater rights at home. But military leaders believed African-Americans didn’t have the physical and mental capacity, or the moral character, to deal with warfare. Thus, many of them ended up in service positions, often involving heavy manual labor, and didn’t see combat.

However, the 369th Infantry Regiment, also known as the Harlem Hellfighters, served on the front for six months—longer than any other American unit in World War I—and accomplished many heroic feats despite the fact that they had less training than other units. France awarded the Hellfighters the Croix de Guerre, the nation’s highest military honor, for their service.

In 1948, President Harry S. Truman ordered desegregation of the military services and equality of treatment and opportunity regardless of a service member’s race, color, religion, or national origin. In 1953, the last all-black unit was abolished, and the military was officially desegregated—almost 200 years after the first African-Americans helped to win the Revolutionary War.

During the Korean War, African-Americans and white Americans served together in all the military services. They were involved in all that war’s major combat operations, including the advance of U.N. forces to the Chinese border. African-American Army Sergeants Cornelius Charlton and William Thompson earned the Congressional Medal of Honor for their bravery and service to our nation.

The Vietnam War marked the first major combat deployment of an integrated military. Despite representing barely 15 percent of the population, African-Americans served at a higher proportion than their white peers. Black soldiers faced a much greater chance of being on the front lines and, obviously, a higher casualty rate as a result. According to the PBS series The History Detectives, in 1965 alone, African-Americans represented almost 25 percent of the troops killed in action.

With the end of the Vietnam War came the end of the draft. But that didn’t stop African-Americans from serving in the armed services. In fact, they enlisted—and continue to enlist—at rates much higher than their share of the population. African-Americans represent nearly 25 percent of all enlisted Army soldiers while making up 13 percent of the population.

In 1991, African-American General Colin Powell was appointed Chairman of the Joint Chiefs of Staff and oversaw Operation Desert Storm in Iraq.

We can all be thankful for the sacrifices African-American service members and their families made for a nation where it was legal to discriminate against them well into the 20th century.