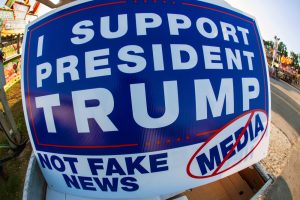 At this point, we’ve all heard (and probably gotten sick and tired of) President Donald Trump’s attacks on the media. His constant tweets of “fake news” when the media reports facts even slightly critical of him are not only tiresome; they’re chilling.

The president has solid reasoning behind his attacks on the press. According to veteran journalist Lesley Stahl, President Trump told her before a 60 Minutes interview, “You know why I do it? I do it to discredit you all and demean you all so that when you write negative stories about me no one will believe you.”

Sure, this is just an anecdote. There were no cameras rolling when the president allegedly made that statement. But there’s also no reason not to believe Stahl. She’s been working as a journalist for CBS since 1972, covering the Watergate scandal that led to the resignation of President Richard Nixon. She served as a White House correspondent during the presidencies of Jimmy Carter, Ronald Reagan, and George H.W. Bush, and has been the moderator of Face the Nation, anchor of America Tonight, and a correspondent for 60 Minutes. In other words, Stahl has a reputation as a serious journalist who acts with integrity in her reporting. 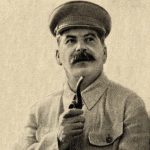 The term “atomization of society” refers to a phenomenon in which people are less likely to organize horizontally—that is, in group activities or endeavors such as churches or civic groups like the Rotary or Kiwanis, or even bowling leagues. This atomization leaves people feeling helpless, alone, and more inclined to turn to the government (or an authoritarian leader) to maintain their best interests. If you’re inclined to feel that society or the government has let you down, you’re much more likely to turn to someone who expresses those same opinions.

One example of social atomization and the rise of authoritarianism can be found in Josef Stalin’s Russia. From the late 1920s through the 1950s, the lifestyle of the vast majority of the Soviet Union’s population was destroyed. People were forced to leave their villages for the cities, where they were employed at factories and other industrial production facilities, often leaving their neighbors and families behind.

“The regime striving to be totalitarian needed its subjects to be as isolated from each other as possible, writes Russian blogger Vadim Damier. “For this aim, measures were taken to maximally limit all manifestations of informal, horizontal ties among people on the basis of the family principle, camaraderie, mutual assistance, and good neighborliness.”

But whether or not you believe Stahl, even the intimation that President Trump is deliberately trying to rouse sentiments against the media is more than a little bit frightening if you care about the Constitution, the Bill of Rights, and the future of our democracy.

“It’s hard to imagine any serious observer making the case that Trump’s attacks on media professionals and news organizations are sincere criticism of modern standards in American journalism,” Steve Benen wrote in an opinion piece on The Maddow Blog. “Like any leader with unhealthy authoritarian instincts, this president sees the media as an obstacle, providing the electorate with facts he’d prefer the public not know.”

And it’s not just the media, either. The president tries to discredit pollsters when they publish results that don’t favor him. He tries to discredit law enforcement officials (see Robert Mueller) when they investigate allegations against him. He discredits the courts when they issue rulings he disagrees with. And he even tries to discredit other offices in the federal government—for example, President Trump and White House officials railed against the Congressional Budget Office when it released data he didn’t like.

The problem with all of President Trump’s bashing of everyone, from journalists to government offices, is that many people actually believe what the president is saying. This divisiveness adds to the atomization of society—the separation of meaningful bonds between people, which makes the steps toward authoritarianism easier to take. When a large part of society believes one person rather than objective facts, it sets a dangerous precedent—not just for American society, but for our democracy as well.