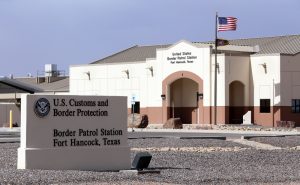 Brandon Judd, president of the Border Patrol union, has deemed President Trump’s deployment of National Guard troops to the U.S.-Mexico border a “colossal waste of resources.”

Judd admits that he was highly supportive of the decision at first because previous deployments helped alleviate the Border Patrol’s workload.

“When I found out the National Guard was going to be on the border I was extremely excited,” Judd remarked.

But things are different this time around, according to Judd.

Civics Lesson: The Cost of Deploying the National Guard to the Border 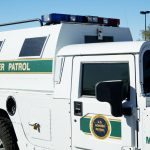 According Department of Defense spokesman Christopher Sherwood, the National Guard border deployment is expected to cost the federal government between $220–$250 million by the end of 2018. The majority of the funding ($204–$221 million) will go toward pay and support costs for 3,143 troops. A smaller but significant portion ($16–$31 million) will fund 12,000 flying hours by 26 UH-72 Lakota helicopters.

“We have seen no benefit,” Judd said, noting that there has been no perceivable reduction in workload for existing Border Patrol agents. While in past border deployments, the National Guard has been allowed to serve in a variety of capacities, Judd says this has been severely limited under the Trump administration.

The Los Angeles Times reports that approximately 1,600 National Guard troops have already been sent to the border, with an additional 750 being considered for support roles. According the Army Lt. Col. Jamie Davis, a spokesman for the Pentagon, the total could reach 4,000.

Davis declined to comment on statements made by the Border Patrol union.

But it’s not just the Border Patrol union that is disappointed with the lack of results. Texas Rep. Mary E. Gonzalez, who represents a district outside of El Paso, finds the deployment to be a massive misuse of resources.

“The National Guard deployment is a waste of finite resources, and is duplicative of existing border security efforts,” Gonzalez said.