Paper Ballots Are the Past… and the Future 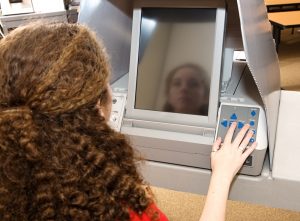 Electronic voting machines have been shown to have serious security flaws. Photo: Shutterstock

In the wake of Robert Mueller’s 37-page indictment against Russia’s Internet Research Agency, there can be no doubt that Russian information warfare—including operations possibly conducted by the Kremlin—targeted the American public during the 2016 presidential election. This fact has raised other serious concerns, chief among which is that many electronic voting machines used in American elections are not secure enough to defend against hacking efforts.

This was made obvious at a hackers’ conference, where speakers demonstrated how easy it was to hack into the touch-screen voting machines used in Virginia. Additionally, top intelligence officials have warned that foreign actors including Russia, North Korea, and Iran may launch cyberattacks during the 2018 midterm elections.

As a result of the demonstration, Virginia phased out its electronic voting machines and the state’s voters cast paper ballots on Election Day. Other states have ordered that there be a paper trail to fall back on in case there is doubt about the results from electronic voting machines: In Pennsylvania and Kentucky, all new voting equipment is required to have a paper trail. Several other states including Georgia, New Jersey, and Ohio, are considering running post-election audits or requiring a paper trail to ensure that voting results are legitimate. 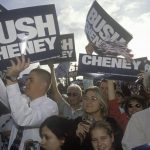 The controversy of the 2000 presidential election centered around Florida, widely known as a swing state (one which could vote for either candidate). The trouble began primarily due to a number of different voting systems ranging from paper ballots to voting machines designed in 1892. The biggest problem, however, occurred in Palm Beach County, where votes were made using punch cards and tabulated by machines made in the 1960s. The punch card votes were dogged by “undervotes” in which no presidential candidate was selected and “overvotes” where more than one candidate was selected. The tabulating machines also were stymied by little bits of paper that weren’t entirely punched out (known as “hanging chads”), which could reduce vote count accuracy. As a result of the confusion about who actually won the presidential election, and the ensuing controversy and multiple hand-counts of Florida ballots, Congress passed the Help America Vote Act, which provided money for states and counties to update their voting machines with touchscreen technology. (Photo by Joseph Sohm / Shutterstock.com)

Even the federal government is acting to ensure that there won’t be tampering in future elections. In what may be the only bipartisan legislature in recent history, Congress has made $380 million available to states so that they can upgrade and secure their voting systems. Most of that money will likely be spent on audits or voting machine upgrades, but it will also support more widespread use of paper ballots or machines with paper backups.

Why are our electronic voting machines so flawed?

Most voting machines are more than 10 years old, purchased after the 2000 election with money allocated by Congress in the Help America Vote Act of 2002. At the time, those machines were state-of-the-art technology, but as you can guess given the rapid advancement of computer and cell phone tech since then, those machines are just about as outdated as Windows 98.

According to a 2015 report on the state of election technology by the Brennan Center for Justice, many of those machines haven’t had security updates in years, and some are using software that is so old that security updates aren’t even being written anymore. Hardware is equally hard to come by—election officials sometimes need to get parts from eBay just to keep their machines running.

No wonder the paper ballot is re-emerging as the voting technology of choice.

California Senator Kamala Harris told the Wall Street Journal, “That might actually be the smartest system—going back to a day that we could have something tangible that we could hold onto. Because Russia cannot hack a piece of paper like they can a computer system connected to the internet.”

Marian Schneider, president of Philadelphia nonprofit Verified Voting, an organization that advocates for paper systems or backups to electronic ones agrees. “The value of having the voter-marked paper ballot is that it allows you to detect if something happened and to recover from it.”

Still, the effort to replace outdated voting equipment will require a lot more money than the allocation Congress set aside to do so.

“The fact is that this is really serious, and it needs the attention that a hostile invasion would get,” Susannah Goodman of Common Cause told the Wall Street Journal.