A Short History of Immigration to the U.S. 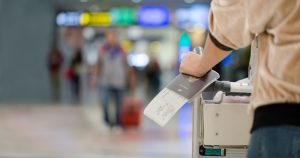 American immigration policy has stayed fairly consistent over the past few decades. Unlike many other Western countries, America has favored family reunification over skills-based quotas—which President Donald Trump has deemed to be a huge issue within our country.

The Trump administration portrays the current immigration system as one that allows infinite “chain migration.” To further unwrap this phenomenon, let’s take a quick recap of the history of American immigration.

In 1790, Congress passed the first ever immigration law, the Naturalization Act, which restricted citizenship to “any alien, being a free white person” who had been in the U.S. for two years. In effect, it left out African Americans, Native Americans, and Latin Americans. The purpose was to limit any non-European from entering the border; however, immigrants who were prohibited managed to receive access despite the restrictions, forcing Congress to issue stricter laws in favor of white Europeans. 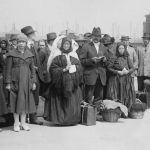 Chain migration is a visa program through which immigrants already residing in the U.S. can bring their family members over to join them. Another term used is “family reunification.” Green card holders or legal residents can petition Immigration Services to bring over their spouses and minor children. Once the petitioner gains citizenship, they can apply to bring over parents, married children, and adult siblings.

By introducing the Immigration Act of 1924, the U.S. “limited the number of immigrants allowed entry through a national origins quota.” The quota provided immigration visas to two percent of the total number of people of each nationality in the United States. This law allowed Europeans to completely dominate the flow of immigration, while people from Asia, Africa, and other parts of the world were given little to no access.

These quotas remained intact up until 1965, when they were abolished for being extremely racist and discriminatory. In their place, Congress passed the Immigration Act of 1965, which gave immigrants priority if they had a spouse or family member already residing in the U.S. This act followed a shift in migration, as more non-white immigrants brought their families to America to escape from wars and poverty, giving them a chance to seek opportunity and growth in America. The current White House is proposing that the U.S. adopt a more merit based system—similar to ones in Canada and the U.K. Such a system would award green cards based on skills rather than family ties.

Another option would be to focus on filtering out people with criminal or high-risk backgrounds, such as drug abuse, violence, or a history of support for violent extremism. Removing or reducing government social safety nets would weed out those who aren’t interested in contributing to society but leave the door open to those who are. Those who qualify for legal immigration and want to become valuable and contributing members of society could then be provided a more sensical and inclusive path to citizenship or residency.