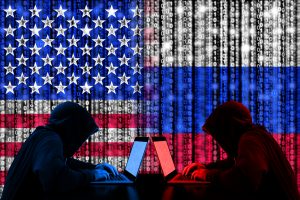 Many have begun to further question the extent of Russia’s involvement in the 2016 election after new reports revealed that the FBI used an informant while investigating possible ties between Russia and the Trump campaign.

As the country’s former top intelligence officer, it is safe to assume James Clapper knows the answers to questions regarding the Russian probe. In an exclusive interview with PBS News, Clapper not only confirmed that Russia impacted the outcome of the U.S. election, but they decided who would win.

“As a private citizen, it’s what I would call my informed opinion that, given the massive effort the Russians made, and the number of citizens that they touched, and the variety and multi-dimensional aspects of what they did to influence opinion,” Clapper said,“and given the fact that it turned on less than 80,000 votes in three states, to me it exceeds logic and credulity that they didn’t affect the election. And it’s my belief they actually turned it.”

Civics Lesson: The Role of the Director of National Intelligence 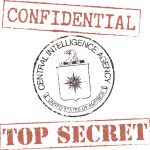 The former national intelligence director supported his statements by referencing his new book, Facts and Fears: Hard Truths From a Life in Intelligence:

“Russians are bent on undermining our fundamental system here. And when a foreign nation, particularly an adversary nation, gets involved as much as they did in our political process, that’s a real danger to this country.”

“I think educating the public is probably the toughest thing to do. And I felt I needed to do that, because I think our institutions are under assail here, those which I have spent about 50 years of my life trying to defend.”

When asked about President Donald Trump’s demands for an investigation into whether the FBI or Department of Justice “infiltrated or surveilled his campaign,” Clapper called those accusations “distorted.”

“There is a big gulf between a spy in the traditional sense—employing spycraft or tradecraft—and an informant who is open about … who he was and what the questions he was asking,” Clapper replied.

Clapper then explained the importance of the FBI’s involvement in the Russian probe case:

“The important thing was not to spy on the campaign but rather to determine what the Russians were up to. Were they trying to penetrate to campaign, gain access, gain leverage, gain influence, and that was the concern that the FBI had? … I think they were just doing their job and trying to protect our political system.”

Whether Clapper is accurate in claiming that the outcome was indeed altered by Russians will (for now) remain a mystery. His allegations do, however, imply that President Trump and his Republican allies may be trying to prevent America from hearing the full story and revealing the truth behind Russia’s involvement in our presidential election, according to sources from the Washington Post. Either way, a substantial amount of proof would need to be provided in order for the public to fully accept that Russian meddling significantly affected the election process.