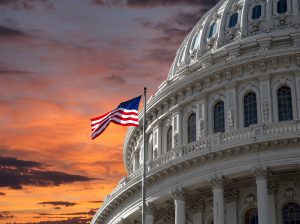 This principle of limited government began a good thousand years ago when nobles started placing constraints on monarchs’ actions by establishing what DemocracyWeb calls “consultative or representative institutions”—whether through unwritten agreements or through documents such as the Magna Carta.

Here in the United States, the modern concept of popular self-governance and limited government began in the late 18th century. Our country’s “great experiment” involved establishing the legitimacy of state power through the will of the people, commonly expressed in the form of voting. Because the people of the nation (or more accurately at the time, the white men of the nation) had a voice by means of their votes, our government became the instrument of carrying out its citizens’ will, as expressed by their elected representatives. 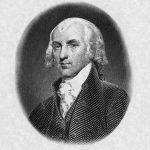 The principle of checks and balances ensures that no one branch of the government becomes too powerful. In the United States, the framers of the Constitution divided power between three branches of government—the legislative, executive, and judicial branches. The Constitution also includes limits and controls on the power of each branch. “If men were angels, no government would be necessary,” James Madison wrote. “In framing a government which is to be administered by men over men, the great difficulty is this: You must first enable the government to control the governed; and in the next place, oblige it to control itself.”

However, the power of the executive branch (the president and cabinet) has expanded a lot since those idealistic days, to the point where it has disrupted the balance of powers intended by the framers of the Constitution. For example, presidential use of executive orders to enact laws has increased tremendously. That said, the system of checks and balances is still in place and the system is still functioning more or less as intended.

Because of their all-too-recent experiences with tyrannical kings and queens, the founding fathers wrote limits of the government’s power into our constitution. They did so by defining the specific authority of the federal government, forbidding the government from violating basic rights and implementing a system of checks and balances designed to keep any single branch of government from becoming too powerful.

The idea behind constitutional limits is that the power of law, as expressed in rules adopted by the people’s representatives, is superior to the power of any group or individual. As American revolutionary author Thomas Paine wrote in January of 1776, “For as in absolute governments the King is law, so in free countries the law ought to be king; and their ought to be no other.

Paine’s words got early Americans thinking that not only was it possible to separate from British rule, but also that there was an alternative to rule by a single individual. Those thoughts laid the groundwork for the United States’ current system of separation of power between three branches of government. The separation of powers enshrined in our constitution, which was adopted by the consent of the governed, ensures that no one person can dominate the government and create their own laws.

Although the supremacy of law has been used to justify immoral and inhumane acts such as slavery (believe it or not, there are provisions protecting and enforcing slavery in the U.S. Constitution), by and large our system of limited government has set a precedent that nations around the world have looked to as they begin their own roads toward democracy.