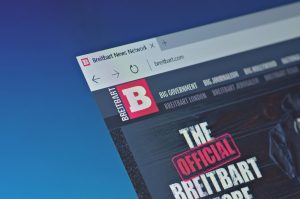 Earlier this month, a key witness in the Cambridge Analytica scandal told Congress that former Breitbart CEO Steve Bannon tried to “discourage or demobilize certain types of people from voting” in the 2016 election. Now, new evidence has surfaced that another Breitbart employee engaged in similar efforts.

According to a recent report from Bloomberg, Breitbart reporter Dustin Stockton spent weeks trying to woo Bruce Carter—founder of Black Men for Bernie—into joining Trump’s cause. The writer initially approached Carter under the guise of interviewing him. However, Stockton eventually made his intentions clear: he wanted Carter to convince black voters in key states to support Trump or simply sit out the election. And that’s just what he did.

“If you can’t stomach Trump, just don’t vote for the other people and don’t vote at all,” Carter, 47, remembered telling black voters. He claims that’s the message the Trump campaign wanted him to send. “That’s what they wanted, that’s what they got.”

Civics Lesson: Time as a Form of Voter Suppression 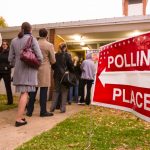 A limited number of polling places in communities of color results in overcrowded voting centers. A Joint Center for Political and Economic Studies report found that “long lines deterred at least 730,000 Americans from voting in November 2012.”

According to a study from the Massachusetts Institute of Technology, Hispanic voters spend an average of one and a half times as long in line than Caucasian voters. The same study found that African-Americans spend almost twice as long in line.

“Trump vastly outperformed the projection models in the 12 areas Bruce was targeting” Stockton said, referring to key regions within Pennsylvania, North Carolina, and Florida. “I never like telling people not to vote. But from a tactical and strategic position, we looked at it: If you could get them to vote for Trump, that was a plus two.” It was a “plus one” if they didn’t vote at all, he explained.

Stockton did end up writing a story on the Bernie-turned-Trump supporter. “Exclusive: ‘Black Men for Bernie’ Founder to End Democrat ‘Political Slavery’ of Minority Voters… by Campaigning for Trump,” went viral in August 2016, a few short months before Election Day.