The President’s Health Care Plan is Costing You More Money 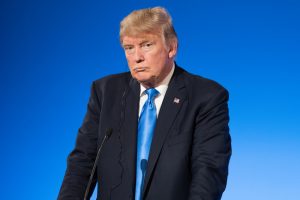 Health care reform is one of the hottest issues in the United States. Recently, Virginia and Maryland made public health insurance company requests for next year’s premium increases under Obamacare, which resulted in a major spike. Both states have health insurers requesting double-digit increases in monthly payments. In Maryland, insurer CareFirst is trying to double its premiums. In Virginia, the insurer is trying to increase the cost by 64 percent.

Health insurance companies aren’t shy about why these increases might happen, either – they are directing their concerns to President Donald Trump’s changes to health care, which include halting key subsidies to insurers and eliminating the individual mandate requiring all adults to have health coverage.

It sounds okay on the surface, but in a recent article, Slate explains why this increase will actually cost Americans more money: 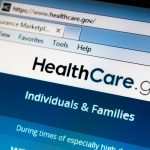 The Affordable Care Act, more commonly known as Obamacare, is a bill enacted to ensure that all Americans have access to affordable health insurance. It has done so by expanding Medicaid, the government’s (mostly) free health insurance plan for the poor, and by providing subsidies to the almost-poor so they could buy health insurance on the ACA’s insurance exchanges.

“Insurers hiked their premiums sharply, pushing them up by 22 percent, while claims only increased by 5 percent. These increases obviously weren’t ideal for customers who were stuck paying full price. But by pushing premiums high enough that insurers could finally make a buck, this dramatic, one-time adjustment, should have set the market up for much gentler, single-digit price increases in the future.”

Data released by the Kaiser Family Foundation suggests that premiums would increase an average of 16.4 percent in 2019, although it could be 20 percent or 21 percent in some states.

Another study indicated that premiums will rise by double digits in 2019 to prevent insurance companies from losing money. On the plus side, the president’s upcoming health care proposal deal will not hurt Americans who receive subsidies to buy insurance on the exchanges, since they get tax credit premiums taken out as a percentage of their overall income. Middle class families, however, could essentially be priced out of the market, especially if they are not able to receive financial help. That’s most Americans—meaning it will be even more difficult than ever to come up with the money to keep our families’ health and finances secure.

The GOP have been crafting its health care plan for over 8 years, but it’s still riddled with issues that will end up causing more harm than good for the average American.