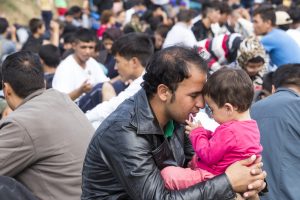 The Trump administration is facing an explosion of scathing criticism over one of the most recent developments in immigration: federal border authorities in Arizona lost nearly 1,500 children who were forcibly separated from their families as part of the Trump administration’s new policy of deterring asylum seekers through intimidation.

Despite the backlash, the Trump administration is holding strong to its tactics, but that’s creating an entirely new issue with no current solution: U.S. shelter services are reaching maximum capacity.

A recent report from the Washington Post explained that these facilities that are holding migrant children custody have grown by 21 percent—just in a month. This increase is most-likely due to President Donald Trump’s “no tolerance” agenda, which includes prosecuting all parents at the border and separating their children from them. 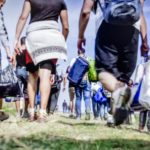 Each year, thousands of non-citizens apply for asylum, or protection from persecution. Asylum seekers must “navigate a difficult and complex process” that can involve multiple government agencies. Those granted asylum have the opportunity to apply to live in the United States permanently, receive benefits, and be reunited with their family members.

As of May 29th, the Department of Health and Human Services reported that there were almost 11,000 migrant children being held, up nearly 2,000 since April 2018. WaPo also noted that the shelters have reached a 95 percent capacity—meaning that at the current rate it will only take another week or two before the border facilities are completely full.

There has been no official government report on how many migrant children have been separated from their parents due to the new measures, but some are estimating that the rate of separation has as much as tripled.

The administration is requesting that HHS add new beds to the shelters as a temporary measure to alleviate the situation. It has also been reported that they are considering housing children on military bases as another option—a plan that was adopted by the Obama administration during a huge surge of unaccompanied children arriving at the border back in summer 2015.

Seeking asylum is legal, and is what most of these migrant families are attempting to do. Yes, immigrants need to go through the legal process and should be intercepted when attempting to cross illegally—but the current method of handling these situations is creating more problems, all while not solving a thing.