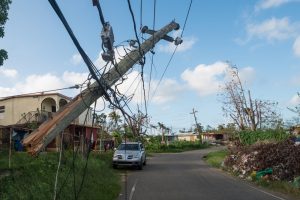 Puerto Rico is still very much recovering… and hurricane season is about to hit again.
Image: Sara Armas / Shutterstock.com

Well, we don’t have to imagine anymore. All we have to do is look at the bungled, delayed, and sometimes outright cruel response to the humanitarian crisis in Puerto Rico after Hurricane Maria.

And now, the latest news on Puerto Rico is that instead of the government’s official line that “only” 64 people who died in Hurricane Maria, at least 4,465 people have died in the wake of the disaster. The main causes of that high mortality rate, according to a new study published in the New England Journal of Medicine that provided the new death toll estimate, were disruptions to the island’s healthcare system and loss of basic utility services for people with chronic illnesses. Of course, there were deaths that could be directly attributed to the storm—people killed by flying tree branches, for example, or people who were swept out to sea in the storm surge—but there are many whose deaths are listed as being from “natural causes.” 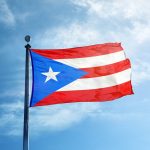 Puerto Rico, officially known as the Commonwealth of Puerto Rico, is an unincorporated territory of the United States. Archaeological expeditions have shown that at least three native cultures thrived on the island before the arrival of Christopher Columbus in 1493. Columbus and fellow explorer Juan Ponce de León claimed the island for Spain. From the 16th century onward, Puerto Rico became a strategic base in a power struggle for control of the Caribbean. The Spanish constitution of 1812 declared that Puerto Ricans were no longer colonial subjects, but Spain still maintained an absolutist government led by a captain general.

During the Spanish-American War, U.S. forces took over the island and established military rule for two years. Civilian government was restored in 1900, and in 1917 Congress granted U.S. citizenship to Puerto Ricans. To this day, there is debate in Puerto Rico over whether the island should become a U.S. state or declare independence from the United States. Regardless of that debate, it should be remembered that Puerto Ricans are American citizens, statehood or no.

How many of those “natural causes” were due to diseases and illnesses that could not be treated due to a lack of medical, road, and public utility infrastructure? Experts are looking into statistical mortality data in Puerto Rico and planning to interview family members of the dead and investigate medical records of those who died in order to get more answers.

Puerto Ricans were still recovering from Hurricane Irma when Hurricane Maria hit. With that one-two punch, the island’s vital infrastructure was destroyed, along with many residents’ homes. The disaster should have gotten an immediate response from the government. Instead, what Puerto Rico got was a ridiculously slow response from a White House that hadn’t done much of anything to prepare for the hurricane and its impact. The Federal Emergency Management Agency barely responded to the humanitarian crisis that was unfolding until weeks after the hurricane hit.

Once FEMA did react to the disaster in Puerto Rico, the agency contracted with a wedding caterer—yes, you read that right, a wedding caterer—to deliver 30 million meals to the island. As you can probably imagine, that didn’t end well. By the time the government terminated the contract in October 2017, the caterer had only delivered 50,000 meals, and they were not in the self-heating packets specified by FEMA.

So, while Puerto Ricans could barely find clean water and decent food, and Puerto Rican hospitals couldn’t do much to help patients, even those with critical illnesses and injuries, a wedding caterer was rounding up an array of tiny companies to help with FEMA’s huge contract. And the vast majority of the island was without electricity for months. Even now, islandwide blackouts continue to happen as Puerto Rican utilities and contractors from the mainland attempt to restore Puerto Rico’s power grid.

But President Trump was so busy congratulating himself on his response to the crisis and playing the victim when journalists spread the word about what was really happening in Puerto Rico, that he forgot to be Commander in Chief and leverage America’s resources for an island full of American citizens.

Puerto Rico’s humanitarian crisis in Hurricane Maria’s aftermath is by all accounts a catastrophic failure of leadership by the White House, and no American should forget that.