Politics and Religion Should Take Cues from Science 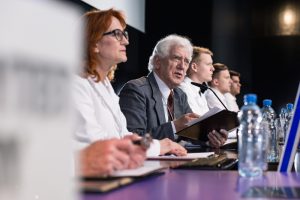 Science has some good lessons to teach politics and religion. Photo: Shutterstock

In many ways, politics and religion seem to be the antithesis of science, even to the point where science is deemed an enemy by some. Religious leaders question science. Politicians deny science. And science, for its part, does a collective “facepalm” when this happens. But it is possible for politics and religion to take some cues from science to figure out ways to address potentially contentious situations.

There are several things science does brilliantly, which politicians and religious leaders could use to have rational discussions about important issues. Here are some of those:

Science challenges our intuitions. We may look at the world around us and see things that appear to be patterns or universal truths. If we apply the scientific method to the assumptions generated by what we’ve seen, we can either confirm or disprove the reality of our observations. 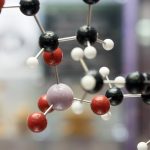 In March of 2018, President Trump signed into law a $1.3 trillion spending package approved by Congress. That spending package rejected deep cuts to science agencies proposed by the Trump administration and even increased some agencies’ budgets substantially. The National Institutes of Health received an 8.3% increase to its budget, the National Science Foundation’s budget increased by 3.9%, the Department of Energy’s Office of Science got a 15% increase (as opposed to the 15% cut proposed by the White House), and NASA got a 7.9% increase.

The budgets of the National Oceanic and Atmospheric Administration, the National Institute of Standards and Technology, the U.S. Geological Survey, and the U.S. Department of Agriculture also increased. The budget of the Environmental Protection Agency remained flat, which is a far cry from the deep cuts the White House proposed. The budget agreement also contains language that allows agencies to proceed with research on the causes of gun violence.

Science examines and corrects itself. This is one area where politics and religion can and should take cues from science. Not all beliefs—including beliefs about science itself—will stand the test of scientific scrutiny, for example. Self-examination and correction are a standard part of scientific research and thinking, and that alone should also bring politicians and religious leaders to understand that scientific findings (like the fact that human-caused climate change is real) don’t become part of the public discourse until there is a provable and repeatable experiment that reveals the truth of a hypothesis.

Science opens new possibilities. From turning viruses into cancer-killing machines to gene editing to wipe out fatal diseases like sickle-cell anemia, science is opening doors to new ideas and expanding our intellectual horizons. If politics and religion were as open to new possibilities, the world could be a much better place.

Science relies on observable facts. Science doesn’t start out with a belief and cherry-pick facts to support that belief. Instead it looks at facts that can be observed—for example, sea levels and ocean temperatures are rising, plants and animals are either dying or adapting to new climates, and so on—and from those facts, it forms a hypothesis. That hypothesis is then subject to rigorous experimentation to determine the factors that are causing these changes.

If politics and religion worked the same way, the world would probably be a much better place. Can you imagine if, as William Saletan writes in Slate, “What if spending more money than the government takes in, or waging optional wars in faraway places, were treated as an experimentally falsifiable proposition? … What if we asked not just what the Bible can teach us about human origins, but what the study of human origins can teach us about how to read the Bible?”

It’s not hard to find people in religion and politics who already think this way. It’s a pity that their voices are being drowned out by demagogues and fundamentalist ideologues. It doesn’t have to be that way, though. If we put down our pre-conceived notions and come to the table to have an open-minded and reality-based discussion about contentious issues, we could learn a lot and help the human race, too.