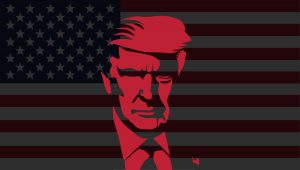 Despite striking similarities between Watergate and the Russia investigation, a significant portion of the U.S. population doesn’t seem to be all that concerned with special counsel Robert Mueller’s probe. As the Guardian reports, President Trump’s approval rating is hovering close to 42 percent, which is pretty good (all things considered).

Legal experts attribute this to the president’s effort to discredit the justice department. By calling the investigation a “witch hunt,” the president has somewhat successfully undermined one of democracy’s most sacred institutions.

“We’ve never had a president attack the intelligence and law enforcement agencies that work for him in this way,” said Harvard law professor Jack Goldsmith, who once served as assistant attorney general under George W. Bush. “He’s attacking them in order to discredit the Mueller investigation. But the baleful impact on those agencies’ morale and on public trust in them unfortunately extends far beyond that investigation.” 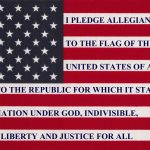 A democratic norm is a behavioral standard that politicians hold themselves to out of respect for the parliamentary system. While not legally enforced, it is assumed that politicians will maintain certain democratic values, such as the need for a system of checks and balances.

David Kris, founder of consulting firm Culper Partners, finds President Trump’s attacks on the justice department equally as unnerving. As a former assistant attorney general under Obama, Kris warned that Trump’s continual assault on democratic norms has become a threat to the rule of law.

“None of what we’re seeing in my view is at all normal and a lot of it is very dangerous,” said Kris.

“The norm of apolitical law enforcement, and the norm of intelligence activity under law, including honest bipartisan congressional oversight, as well as basic norms like conflict of interest and the White House staying out of particular investigations—all are essential elements of the even more fundamental value of the rule of law, which is itself essential to any modern functioning democracy. So the stakes are very high.”