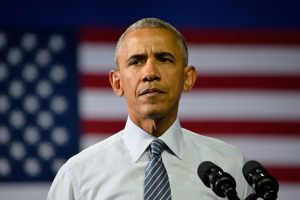 Talk to any member of the alt-right, and they’ll probably tell you that racism got worse under Obama.

In their eyes, Obama inspired several race-related incidents. After all, he was president during the rise of the Black Lives Matter movement, the riots in Ferguson, the uprising in Baltimore, and Beyoncé’s Black Panther performance.

Despite the fact that Obama never endorsed, supported, or participated in any of these events, some on the right, like Rick Santorum, still hold him accountable for exacerbating racism. Why? Because from their perspective, none of these events would have happened under a white president. And perhaps there’s some truth to that. 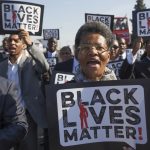 Black Lives Matter was founded in July 2013 by Alicia Garza, Patrisse Cullors, and Opal Tometi. It has since grown into an international activist movement to dismantle systemic racism against black people.

As Michael Harriot of The Root points out, Obama did make race relations worse… for white people.

“The fact that a black man held the nation’s highest office forced a national self-examination of its sickness—whether it wanted to or not,” wrote Harriot. “Obama’s simple presence gave some white people the heebie-jeebies, and when they were confronted with unapologetic blackness, they weren’t just resistant, they were aghast.”

This discomfort with matters of race is undoubtedly linked to the way that members of the alt-right are quick to credit Obama with creating a race war, but hesitant to credit him for his numerous successes, which include the Affordable Care Act, eliminating Osama bin Laden, and restoring the nation’s economy. After all, praising a black man for his triumphs would only encourage other black men to run for office. And so it is, white conservatives hold their applause.

“Caucasians say that Obama ruined race relations in the same way that law-enforcement officers say cellphone cameras ruined policing,” Harriot explained. “They were trying to avoid it, but under Obama, black people kept waving white America’s past in its face.”