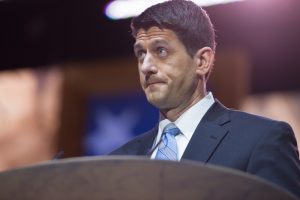 On Wednesday, U.S. House Speaker Paul Ryan directly questioned the integrity of President Trump’s claims that a far-reaching federal law enforcement conspiracy placed a “spy” in his campaign for “political purposes.” The president demanded repeatedly over Twitter that the Justice Department inquire into the so-called “Spygate” scandal.

Mr. Ryan is the highest-ranking Republican to contradict the president on the issue, siding with Representative Trey Gowdy, the South Carolina Republican Congressman who led the investigation into the 2012 Benghazi attacks.

“Chairman Gowdy’s initial assessment is accurate, but we have more digging to do,” Mr. Ryan told reporters at a news conference on Wednesday.

In the same statement, Mr. Ryan suggested that he may not approve of the White House’s posturing regarding special counsel Robert Mueller’s investigation. When asked whether he believed President Trump had the power to pardon himself if convicted of a crime, the House Speaker responded, “I don’t know the technical answer to that question, but I think the obvious answer is that he shouldn’t, and no one is above the law.”

Civics Lesson: Speaker of the US House of Representatives 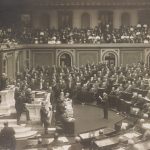 Article I, Section 2 designates the Speaker of the House as the presiding officer of the United States House of Representatives, established in 1789. The speaker is the de facto leader of the majority party in the House of Representatives, as well as the institution’s administrative head. Although the Constitution doesn’t require the speaker to be an elected member of the House, every speaker to date has been. In addition, the speaker is second in line to presidential succession after the vice president.

The New York Times reports that a rift between Mr. Ryan and the president may be growing, as this isn’t the first time the two personalities have been at odds. Despite numerous policy achievements under the Republican-controlled White House and Congress, including the $1.5 million in tax cuts approved this year, it seems the two continue to clash. Mr. Ryan announced in April that he will not be running for re-election, and he has contradicted the president on issues ranging from protectionism and party inclusivity to the ongoing Russia investigation.

But it isn’t just Ryan. The day before the House speaker made his statements about the president’s moral obligation to refrain from “self-pardoning,” Senate Majority Leader Mitch McConnell said that the president “obviously knows [self-pardoning] would not be something that he would or should do.”

It’s yet to be seen how deep this divide between Republican Congressional leaders and the White House may become.