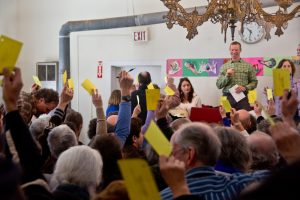 We all know that when we vote on anything from school board elections to national elections, the election is won by determining who has the majority of votes. Whoever has the most votes, wins. Majority rule is a concept inherent in any democracy.

Just so we’re all working with the same concept of what exactly the word “democracy” means, Webster’s Encyclopedic Dictionary defines democracy as, “Government by the people; a form of government in which the supreme power is vested in the people and exercised by them either directly or through their elected agents… a state of society characterized by nominal equality of rights and privileges.”

Typically, when we talk about “government by the people,” we mean government by majority rule. This concept has several functions, most important of which is that it establishes a clear mechanism for making decisions: a majority of 50 percent plus one decides a question or issue. Naturally, if a vote is close, the people who “lost” the election may think the outcome is unfair. However, the principle of majority rule ensures that decisions can be made and minorities can’t prevent the majority from deciding an issue or election. If they could, a minority holding power, political or otherwise, could use its power to subvert the will of the majority—and that would be the antithesis of democracy. 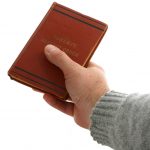 Robert’s Rules of Order is the most widely used parliamentary procedure manual in the United States. It governs the meetings of organizations ranging from church groups to Congress, all of which have adopted it as their parliamentary authority. The manual was first published in 1876 by U.S. Army officer Henry Martyn Robert, who took the rules and practices of the House of Representatives and adapted them to the needs of groups outside the legislature. Robert’s Rules received major revisions in 1915 and 1970, and the current edition (the 11th) was published in 2011.

However, in a democracy, we still need to ensure that the rights of the minority are protected. Otherwise, in the words of Alexis de Tocqueville, author of the book Democracy in America, “If it be admitted that a man possessing absolute power may misuse that power by wronging his adversaries, why should not a majority be liable to the same reproach?” If the majority could wield its power without restrictions, it could easily tyrannize the minority. Thus, it is also inherent in the concept of democracy that the minority must have the right to seek to become the majority through free and fair elections.

Majority rule presented a conundrum to the founders of America precisely because although majority rule was needed in order for the government to function and the principle of minority rule interfered with democracy, the majority in power could oppress a minority as easily as a king or dictator could. James Madison once wrote, “It is of great importance in a republic, not only to guard the society against the oppression of its rulers, but to guard one part of the society against the injustice of the other part.”

What it all comes down to is that democracy requires minority rights as much as it does majority rule. As understood today, that means the minority’s rights must be protected, no matter how alienated they are from the majority of society. If that doesn’t happen, the majority’s rights become meaningless.

Political philosopher John Stuart Mill wrote in his essay On Liberty, “The only purpose for which power can be rightfully exercised over any member of a civilized community against his will is to prevent harm to others.” This principle is typically exercised in the form of mutual agreements about respect for individual rights.

Other essential protections for the minority include free, fair, and regular elections; the separation of powers between branches of the legislature; and the principle of checks and balances. This makes it difficult for the majority to wield absolute power and tyrannize the minority.

There are some practical issues that need to be resolved in order to apply majority rule and minority rights. These include mutual agreement on how majorities are determined, the limits of debate and speech, and how community members can propose motions or laws. Finally, there needs to be mutual agreement on how minority groups can be guaranteed political and social representation within the concept of democracy.

These questions have been answered differently by many democracies. In America, however, we use Robert’s Rules of Order as a guide for parliamentary procedures and votes. That text states concisely, “American Parliamentary Law is built upon the principle that rights must be respected: the rights of the majority, of the minority, of individuals, of absentees, and rights of all these together.”

If our legislature uses Robert’s Rules of Order, the Constitution, and the Bill of Rights as its guidelines, both majority rule and minority rights will be sustained.